Russian Space Industry to Be Consolidated Within Year – Rogozin 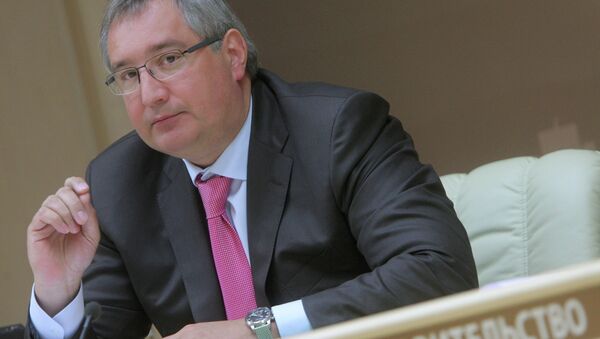 The United Rocket and Space Corporation, to be formed as a joint-stock company, will contain all organizations in the aerospace industry, with the exception of a few defense companies, he said. Plans for the restructuring were first announced in July.

Consolidation will help the government pursue a “unified technical policy” in the space sector as well as remove current redundancies and avoid potential ones, Rogozin said, adding that the new corporation would absorb 33 space organizations, including 16 enterprises.

Initially 100 percent controlled by the government, the corporation will undergo an initial public offering (IPO) after two or three years, the deputy prime minister said.

Russia’s federal space agency, Roscosmos, will remain the corporation’s controlling executive body. It plans to increase its personnel from 190 to 450 people.

The federal government should also take a controlling share in Rocket and Space Corporation Energia as part of the consolidation, Rogozin added.

The state currently has a 38 percent stake in Energia, which is the developer of the Soyuz and Progress spacecraft and one of the leading enterprises in Russia’s space industry.

Russia’s space sector has been plagued by complaints of inefficiency, lack of productivity and lack of oversight, following a string of rocket failures and satellite crashes over the last several years causing billions of rubles in losses.

Most recently, a Russian Proton-M rocket crashed shortly after takeoff in July, destroying the three satellites it was carrying for the Glonass navigation system, Russia’s answer to the United States’ Global Positioning System (GPS).