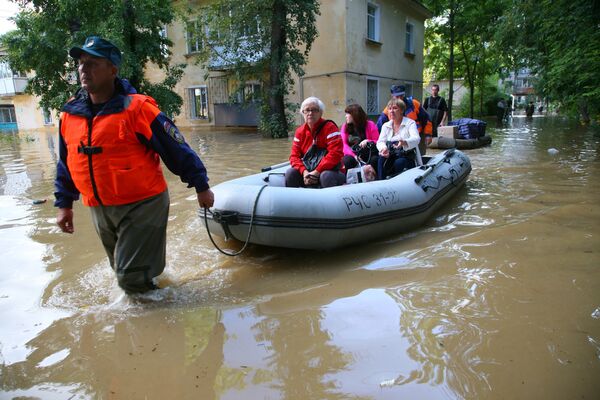 The aid will include financial assistance to people affected by the flood as well as rescue and evacuation services, Trutnev said, emphasizing that the government would make sure that the money is used for its intended purposes.

Most of the aid (10.6 billion rubles) will come from the government’s reserve fund, while another 1.3 billion will be provided as subsidies to regions affected by the flood, said Trutnev, who was appointed presidential envoy to the Far East by President Vladimir Putin on Saturday.

Two Mi-26 heavy-lift helicopters have been redeployed from the Central Military District to Russia’s flood-hit Far East, a military district official said earlier Wednesday. The helicopters, which can carry up to 20 tons, will help evacuate people, transport cargo and deliver much-needed food and medicine as part of ongoing rescue efforts.

Trutnev on Tuesday said that a further 36,000 people would need to be evacuated from the area as floodwaters continue to rise. He said that almost 16,000 people had already been evacuated and 98,800 people affected by the ongoing flooding of the Amur River.

In total there are about 45,000 people taking part in rescue work in flood-hit areas, the deputy prime minister added.