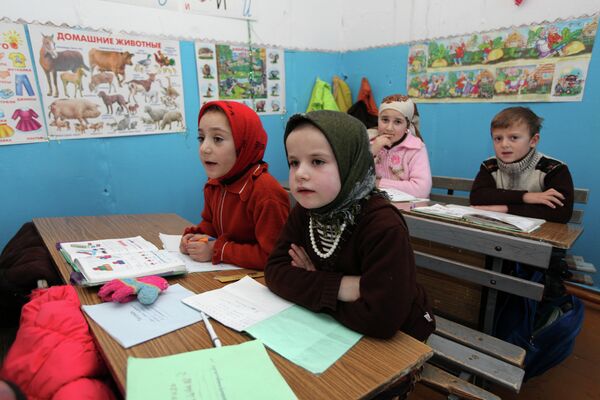 The government of Russia’s predominantly Muslim North Caucasus Republic of Dagestan has permitted wearing headscarves in schools, a spokesman for Dagestan’s education ministry said on Monday.

"On an instruction from Dagestan’s acting leader Ramazan Abdulatipov, designers of Dagestan have drafted school uniform outfits,” the spokesman said. “They are in line with the national school uniform requirements. The only element of [Dagestan] folk clothes is a thin headscarf.”

The spokesman said these school uniform designs were optional, and it was up to schools to decide on whether to follow the recommendations.

The issue of headscarves in educational facilities has triggered fierce public debates in several Russian regions.

In April, the Krasnoyarsk State Medical University in Siberia had to annul rules banning students from wearing items of clothing that reflect their religious beliefs, including Islamic headscarves, after prosecutors ruled that the ban violates the law on education.

The issue was brought into the spotlight after media reported in March that a female student from Dagestan had been expelled from the university for wearing a traditional Islamic headscarf.