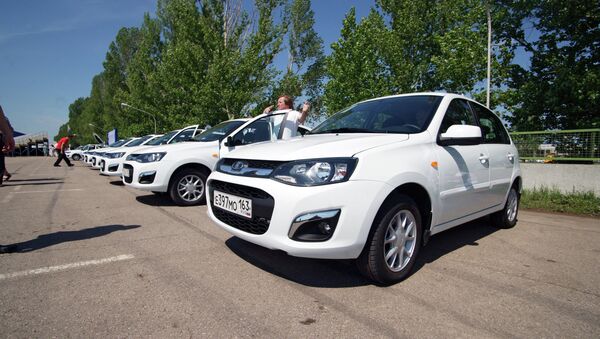 Russian cars, including the Lada Kalina, enjoy a patchy reputation in the country due to their poor quality. However, despite their reputation, Ladas are still popular among Russians, especially in regions.

A local resident called police, saying a man had sneaked through a hole in the fence surrounding a Voronezh dealer of domestically-made vehicles and was “test-driving” several Lada Kalina cars for sale. The management left the vehicles open, with car keys inside.

“While driving six different vehicles, one at a time, around the dealer’s parking lot, the offender managed to damage 22 vehicles in total,” Voronezh Region police said in a statement. “Then he tried to escape but was detained by security guards.”

The man, aged 25, was taken to a police department. He was previously convicted for crimes against property.

The overall damage from the joyride is estimated at about 3 million rubles (about $90,000).