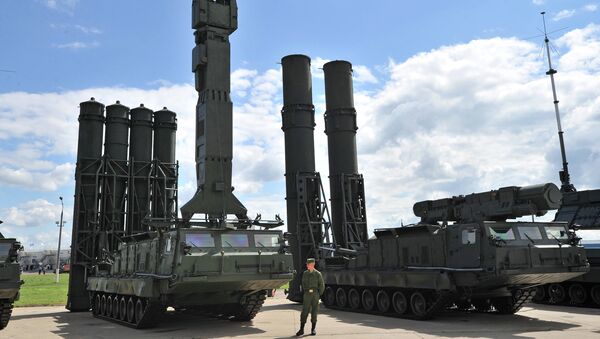 The 12 MiG-29M/M2 jets that Russia agreed to sell to Syria will not be supplied before 2016-2017, the daily said, citing an unnamed source at Russian state arms exports monopoly Rosoboronexport.

Though the deal was sealed in 2007, shipping was delayed over technicalities and then put on hold because Syria has only paid Moscow 30 percent of what it owes for the jets, Kommersant said.

Earlier media reports said six of 12 MiGs were expected to be shipped by the end of this year.

A 2010 deal to supply Damascus with S-300 missile defense systems, initially frozen over US and Israeli complaints, also remains on hold due because Syria has so far failed to provide an advance payment, the report said.

“Supplies of S-300 are out of question until we see real money,” the newspaper cited an unnamed official at the Russian military-industrial cooperation complex as saying.

The S-300 were initially expected to be delivered by July 2014, but shipping would be delayed until 2015 or 2016 unless the regime of Syrian President Bashar Assad pays up soon, the report said.

The state-of-the-art anti-aircraft and anti-missile systems could be a serious obstacle for a potential bombing of Syrian state targets currently planned by the United States in punishment for Assad regime’s alleged chemical attacks on civilians.

Russia is also only planning to ship six of 36 Yak-130 combat trainer jets Syria contracted it for in 2011 because this is all that official Damascus paid for so far, the report said.

Rosoboronexport has not commented on the report. A military expert cited by Kommersant said that Assad’s forces, which are battling insurgents since 2011, have more need for tanks, armored vehicles and helicopter gunships than fighter jets.