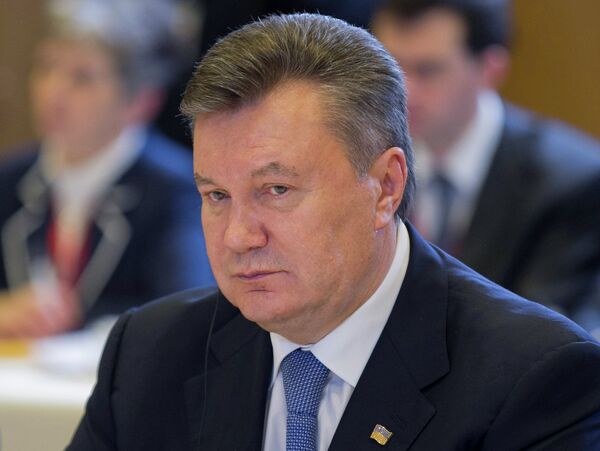 Ukraine will decide through popular vote whether to sign a free-trade pact with the European Union or join the rival Russia-led Customs Union with Belarus and Kazakhstan, Ukrainian President Viktor Yanukovych said Friday.

“What the choice of the Ukrainian people will be can be shown by a referendum. We don’t know when it will be. When the decision will be made to join either the EU or the Customs Union, then there will be no avoiding the referendum for us,” Yanukovych said in comments aired by several nationwide television channels.

Ukraine has repeatedly expressed a desire to join the European Union and is expected to sign an association agreement with the EU in November.

Russian President Vladimir Putin said last week that the Customs Union might have to use protective measures should Ukraine sign the agreement with the EU. Russia claims to be worried that European goods would enter Ukraine – free of import duties – and be re-exported at low prices to the Customs Union countries, flooding the market and harming domestic producers.

Russia ramped up customs control over Ukrainian exports this month, and Russian state monopoly Gazprom earlier refused to give Ukraine a discount on natural gas, which Fitch Ratings agency said in March was an attempt to force Kiev into joining the Customs Union.

Russia has often been accused of using trade agreements as a political weapon against its neighbors. The administration just recently lifted a seven-year prohibition on Georgian wine and mineral water imports after a rocky period in bilateral relations.