‘Russian Obstructionism’ Pushing US to Act on Syria Without UN 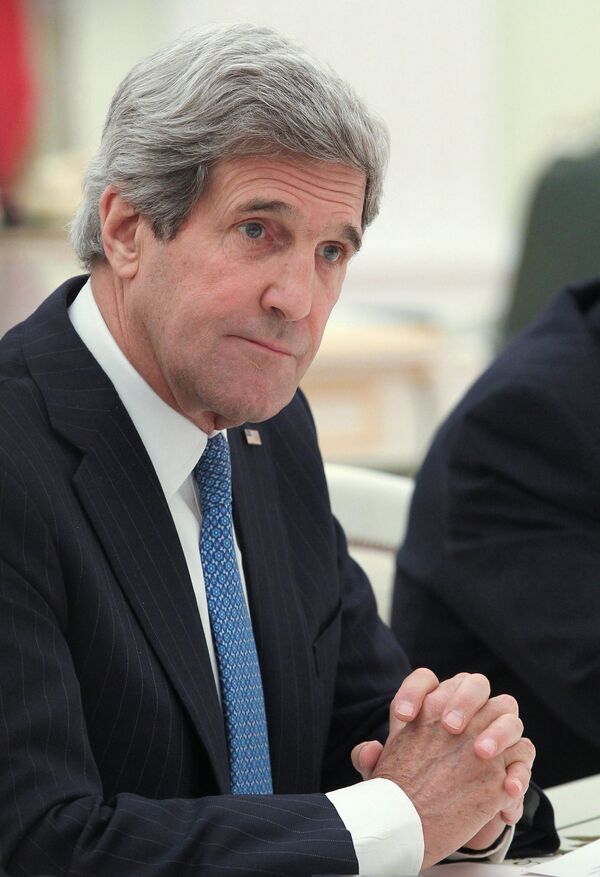 © RIA Novosti . Mihail Klimentiev
/
Go to the mediabank
Subscribe
International
India
Africa
US Secretary of State John Kerry said Friday that Russian “obstructionism” in the UN Security Council has pushed Washington to act against the regime of Syrian President Bashar Assad, which Washington has blamed for a deadly chemical weapons attack last week, without waiting for a UN resolution.

WASHINGTON, August 30 (RIA Novosti) – US Secretary of State John Kerry said Friday that Russian “obstructionism” in the UN Security Council has pushed Washington to act against the regime of Syrian President Bashar Assad, which the United States has blamed for a deadly chemical weapons attack last week, without waiting for a UN resolution.

“Because of the guaranteed Russian obstructionism of any action through the UN Security Council, the UN cannot galvanize the world to act as it should,” Kerry said in a speech at the State Department, hours after British lawmakers voted against any British involvement in action against Syria.

“President Obama will ensure that the United States makes its own decisions, on its own timeline, based on our values and our interests,” Kerry said, adding that Washington has commitments from several allies, including the Arab League, Australia, France and Turkey, for action against the Assad regime. 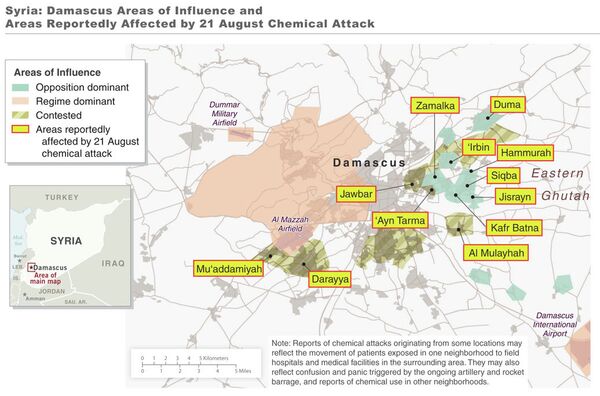 Any US intervention in Syria would be “tailored” and limited to “ensure that a despot’s brutal and flagrant use of chemical weapons will be held accountable,” he said, ensuring Americans “weary of war” that any US action in Syria would “not involve any boots on the ground, will not be open-ended, and it will not assume responsibility for the civil war that is already well under way.”

“Fatigue does not absolve us of our responsibility,” Kerry said. “Just longing for peace does not necessarily bring it about.”

To better make its case for retaliating against the Syrian government for using chemical weapons, Washington on Friday released details of its intelligence assessment of the Aug. 21 attack.

Information gathered by the US intelligence community showed that the rockets used in the attack on a Damascus suburb that the Assad regime was trying to “rid of its opponents… came only from regime-controlled areas,” Kerry said.

Kerry said the administration had “high confidence” in the intelligence that he said showed it was the Assad regime that carried out the chemical weapons attack. He added that it was “highly unlikely” that opposition forces were responsible.

At least 1,429 Syrians, including 426 children, were killed in the attack, Kerry said, sharply increasing earlier tolls, which had put the number of dead at around 355, with hundreds more wounded.

The United States remained committed to resolving the three and a half year of conflict in Syria through political negotiations, not military action, Kerry said, insisting that allowing “a thug and a murderer like Bashar Assad” to get away with gassing “thousands of his own people with impunity” would hurt the credibility of the United States and its allies and put the world at greater risk from attacks by other rogue regimes.

“Our choice today has great consequences. It matters to our security and the security of our allies,” especially countries in the Middle East which are “a stiff breeze away from Damascus” and would be threatened by Syria’s chemical weapons if no punishment is meted out to the Assad regime.

“It matters deeply to the credibility and future interests of the United States and our allies,” he said, warning that other countries that might seek to “challenge international norms… are watching.

“They want to see whether the United States and our friends mean what they say. They are watching to see if Syria can get away with it because then, maybe they too can put the world at greater risk,” Kerry said.