No Defense Deals With Iran While Litigation Continues - Rogozin 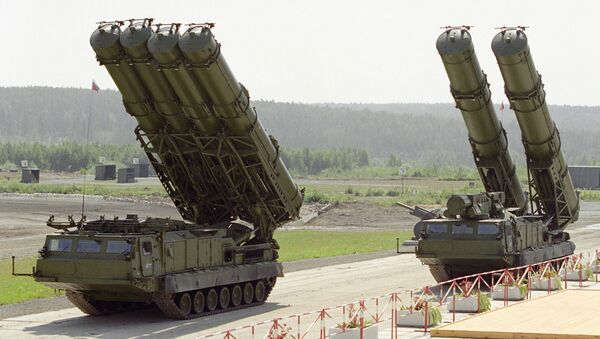 Russia won’t negotiate any defense contracts with Iran as long as the Islamic Republic continues its litigation with Moscow over a failed S-300 air defense systems deal, a Russian deputy premier said on Friday.

Under the $800-million contract signed at the end of 2007, Moscow was to supply five S-300PMU-1 battalions to Tehran. On September 22, 2010, Russia cancelled the contract in line with UN sanctions banning supply of conventional weapons to Iran.

In April 2011, Iran’s Defense Ministry and The Aerospace Industries Organization have launched a $4 billion lawsuit against Russia’s state-run arms export company Rosoboronexport in an international arbitration court in Geneva.

“All negotiations will be possible when lawsuits directed against Russia are put on hold,” said Russian Deputy Prime Minister Dmitry Rogozin, who is in charge of Russia’s defense and space industry.

Rogozin, however, said that even if Russia resumes its defense cooperation with Iran, Moscow would strictly adhere to norms of the international law and respect the sanctions imposed on the Islamic Republic.

“We have never crossed the borders [specified] by the [sanctions] list, but we are ready to cooperate with Iran within the framework of acceptable military and technical cooperation,” the Russian premier said, expressing hope that the country’s new political leadership would improve ties with Russia.

Commenting on the Rogozin’s statement, a source in the Iranian embassy in Moscow told RIA Novosti that Tehran would reply to any proposal from Moscow when it is submitted via official diplomatic channels.

“Mass media are not a [suitable] platform for political talks,” the Iranian diplomat said. “In this respect, we are waiting for the Russian side to officially put forward this proposal.”