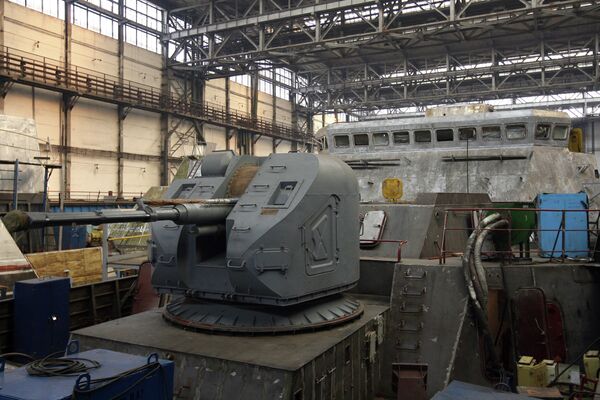 The Zelenodolsk shipyard, based in Russia’s Tatarstan Republic, is building the series of six missile boats under a 2010 contract with the Defense Ministry. All the boats are due to enter service with the Caspian fleet.

The first two missile corvettes – the Grad Sviyazhsk and the Uglich – were floated out on June 22 and August 22, respectively. Another three – the Veliky Ustyug, the Zelyony Dol and the Serpukhov – are under construction.

The sixth boat has been named the Vyshny Volochek, a shipyard official told RIA Novosti. He did not say when the ships would be completed or what the total construction costs would be.