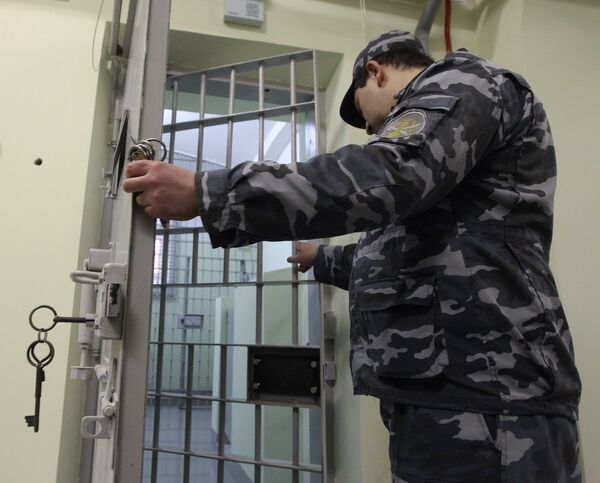 The bloodiest serial killer in Ukraine’s history, who slaughtered entire families including women and children, died in jail earlier this week age 54, an official said.

Anatoly Onoprienko, was found guilty of killing 52 people and sentenced to death in 1999. But that sentence was replaced with a life term in jail after Ukraine introduced a moratorium on capital punishment.

After 17 years of incarceration, Onoprienko died of a heart attack in prison in the northwestern city of Zhitomir on Tuesday, Igor Andrushko of Ukraine’s Penitentiary Service told RIA Novosti.

Onoprienko’s killing spree started in 1989, when the former sailor and father of two gunned down nine people in just over a month, according to his biography posted on the Zhitomir Journal website.

He fled the country and unsuccessfully tried to get asylum in Western Europe and Canada before returning to Ukraine in 1995, the biography said.

Upon his return he started killing again, mostly targeting families that lived in remote village houses, it said. He usually shot the men with a hunting rifle and killed women and children with a knife to save bullets, it said.

“He would throw a brick through the window, and when the house owner ran out, he’d kill the owner and then finish off the rest,” a resident of the western Ukrainian village of Bratkovichi, where Onoprienko killed 12 people, told the Vzglyad newspaper.

“Everyone was scared,” the resident was quoted as saying. “Several families would gather in one house to sleep, barricade [the doors], close the windows with plywood.”

Onoprienko was arrested in 1996. At his trial, he claimed he had heard “divine voices” telling him to kill people in locations at the center of crosses he drew on a map of Ukraine, his biography said. His lawyer, however, later said that he had instructed Onoprienko to feign insanity, it said.

A week before his death, he “sincerely” repented his sins, prison chaplain Father Vadim told the Komsomolskaya Pravda in Ukraine daily. “God allowed him to repent before death,” the cleric was quoted as saying.

Onoprienko also wrote an autobiography and wanted to have it posted online, Vzglyad newspaper said.

“Thank God he croaked at last – let him go to hell,” a resident of Bratkovichi told the paper.