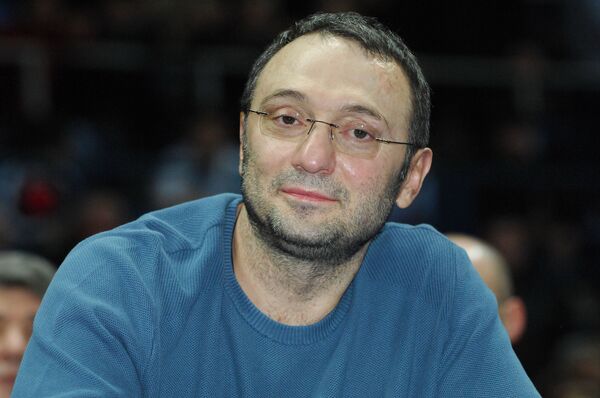 "Along with others, Kerimov is also being investigated for possible involvement in illegal activity,” Belarusian Investigative Committee spokesman Pavel Traulko said on Belarusian television.

Earlier this week, Belarus detained Vladislav Baumgertner, Uralkali’s CEO and a member of the oversight board of the company’s Belarusian partner, Belaruskali. Baumgertner has been charged with abuse of power and abuse of official duties.

Baumgertner, who arrived in Minsk at the invitation of Belarusian Prime Minister Mikhail Myasnikovich, was held at the airport shortly after their meeting. Kerimov had also been invited to the meeting, but did not arrive.

He said the committee had discovered signs of numerous tax and financial violations by the Belarus Potash Company, a supplier of potash fertilizers produced by Uralkali and Belaruskali.

“The confirmation of these facts will serve as a basis for preparing and filing lawsuits and for initiating the procedure of arresting assets and goods by Uralkali-affiliated structures, including abroad,” said Bartosh, who is a deputy head of the committee’s main directorate.