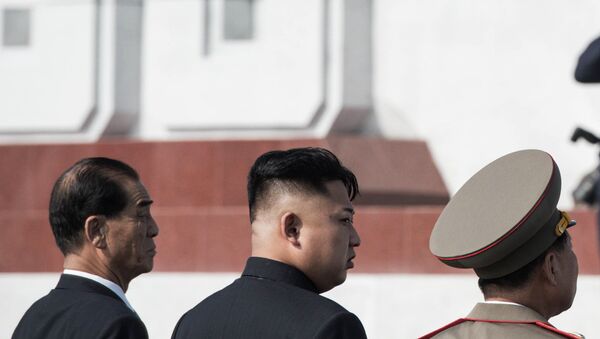 The singer, Hyon Song-wol, along with a dozen of other well-known performers – members of the Unhasu Orchestra and the Wangjaesan Light Music Band – were arrested on August 17 and accused of “videotaping themselves having sex and selling the videos,” the Chosun Ilbo newspaper reported.

Kim’s wife, Ri Sol-ju, was also a singer in the Unhasu Orchestra before becoming North Korea’s first lady. It is unclear whether she had a part in ordering the executions.

Kim and Hyon, who sang for one of North Korea's most popular bands, the Pochonbo Electronic Ensemble, met about a decade ago, the newspaper said. Although Kim’s father ordered him to break off their relationship and Hyon married a soldier, rumors have circulated that the two were having an affair.

The accused were shot with machine guns, while key members of the Unhasu Orchestra and the Wangjaesan and Moranbong bands as well as the families of the victims looked on, the newspaper quoted a source as saying. The family members and unexecuted singers were reportedly sent to prison camps under the principle of guilt by association.