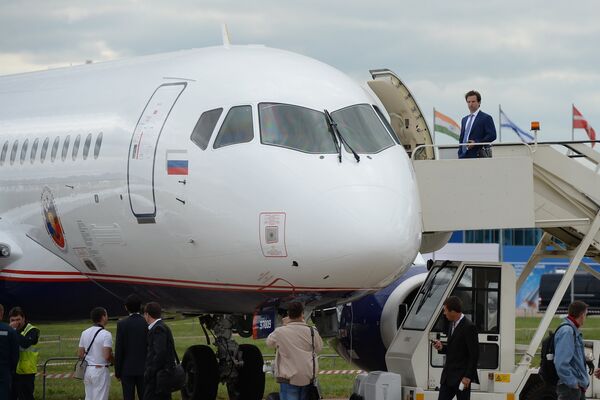 The handover ceremony took place at the MAKS-2013 international air and space show, just outside Moscow.

Gazprom Avia, Gazprom’s principal air carrier, will become the first airline to begin commercial operation of the SSJ-100 Long Range. A firm contract for the delivery of 10 such aircraft toward the end of 2015 was signed in August 2011.

The SSJ-100 Long Range has a maximum haul of 4,580 kilometers. It is equipped with a turbofan SaM146 engine that provides extra thrust.

The Superjet-100 (SSJ-100) was originally designed as a short-to-medium-haul passenger aircraft by Sukhoi in collaboration with US and European aviation corporations including Boeing, Snecma, Thales, Messier Dowty, Liebherr Aerospace and Honeywell.