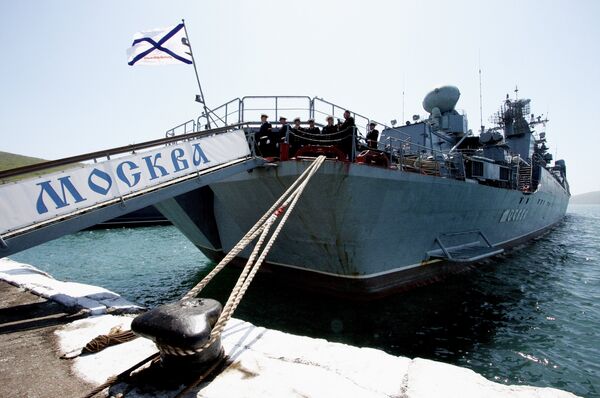 A Russian naval task force, led by the Moskva missile cruiser, arrived Monday on a visit to the Venezuelan port of La Guaira, local media reported.

During the visit, which will last until August 29, the crews of the Russian warships are expected to meet with their Venezuelan colleagues and bestow honors to former President Hugo Chavez, who died of cancer on March 5.

Before the visit to Venezuela, the naval task force stopped at the ports of Cuba and Nicaragua. After August 29, the warships are scheduled to visit Spain and Portugal.