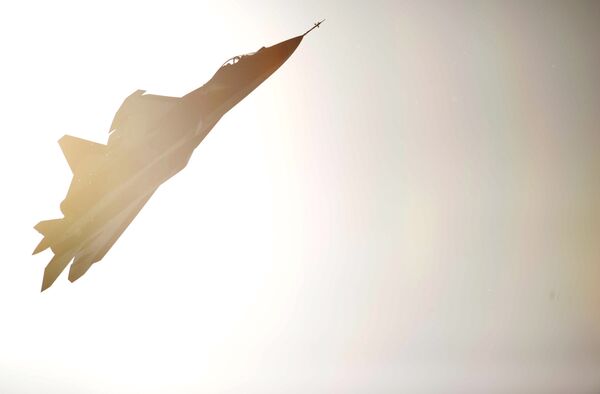 “The sixth generation of aircraft will most likely be pilotless. Naturally, we are actively working on this,” Deinekin said in an interview with RIA Novosti.

Russia will probably not be able to skip a generation and will need to complete all of its fifth-generation projects, he added.

Russia is currently testing its prototype fifth-generation Sukhoi T-50 fighter, a manned aircraft that made its first public appearance two years ago. The US is introducing its F-35, and European powers such as the UK and France have their Typhoon and Rafale fighters in service. All those nations have carried out research into pilotless designs, analysts say.

Deinekin did not specify which design bureaus were working on pilotless sixth-generation designs, but Russian military aircraft maker MiG said in May it was ready to go ahead with a research and development project for an unmanned combat air vehicle (UCAV) based on its Skat prototype, after signing a deal with the Trade and Industry Ministry earlier that month.

Mikhail Pogosyan, president of United Aircraft Corporation, the holding that unites the Russian aerospace industry, said last November that Sukhoi would focus on creating reconnaissance and strike unmanned air vehicles (UAV) in the near future.

Aviation news weekly Flight International reported in 2011 that Sukhoi and MiG would work together on advanced UCAV programs.