Moscow to Washington: No 'Past Mistakes' in Syria 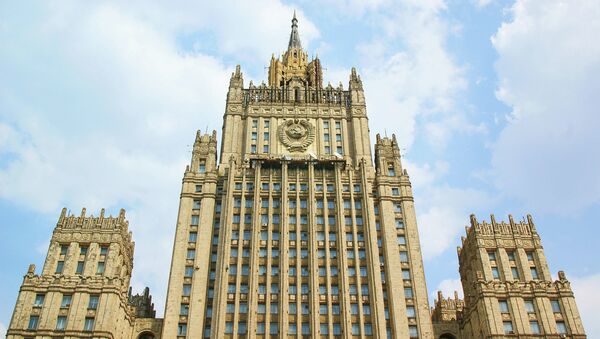 Moscow urged Washington on Sunday “not to repeat past mistakes” when dealing with the alleged use of chemical weapons by embattled Syrian President Bashar Assad’s government.

MOSCOW, August 25 (RIA Novosti) – Moscow urged Washington on Sunday “not to repeat past mistakes” when dealing with the alleged use of chemical weapons by embattled Syrian President Bashar Assad’s government.

Doctors Without Borders and the Syrian opposition say that more than 300 people died after an alleged toxic gas attack in an eastern Damascus suburb on Wednesday. The Syrian authorities fiercely deny the claim.

US Defense Secretary Chuck Hagel said Sunday that President Barack Obama has told him to "prepare options for all contingencies" while the White House is deciding whether to use military force against Bashar’s government, the Associated Press reported.

Russia’s Foreign Ministry said in a statement that the alleged chemical attack could have been a staged “provocation” by the Syrian opposition and that the US might use it as a pretext to start a military operation in Syria.

“All of this makes one recall the events that happened 10 years ago, when, using false information about Iraqis having weapons of mass destruction, the US bypassed the United Nations and started a scheme whose consequences are well known to everyone,” the ministry said in a web-posted statement.

It said that the “current fuss” about the attack is aimed at disrupting the work of UN experts on chemical weapons.

Syria and the UN agreed on Sunday to allow a team of international experts to visit the site of the alleged chemical attack, AP said.

“Once again we warn against repeating past mistakes, against allowing actions that contradict international law,” the ministry's statement said.

Russia has been Syria's most important ally during the civil war that according to the UN has claimed at least 100,000 lives since March 2011. Moscow, along with Beijing, has vetoed three UN Security Council resolutions against Assad's government.