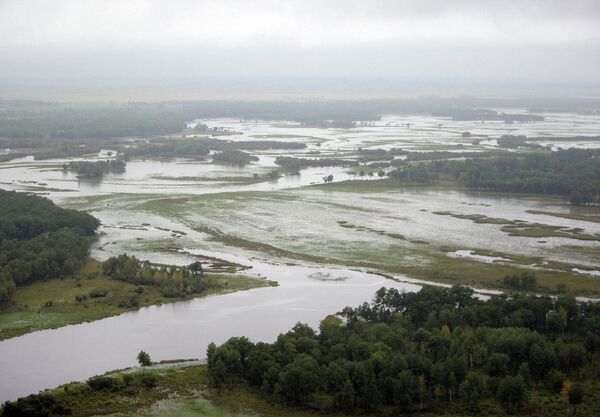 “It is not yet possible to fully assess the damage, as the floods are continuing. Sizable sums will be needed for repair work: 485 million rubles on road repairs, 248 million to make up for the damage to agriculture or rather to producers in the region, and 271 million will go to repair social facilities,” Governor of the Jewish Autonomous Region Alexander Vinnikov said.

He also said he had received a letter asking his to redirect funds earmarked for public-sector projects, such as building a new hospital and routine highway repairs to flood-relief. He did not say who sent the letter, but indicated that it was not a request he felt he could seriously consider.

Over 85,000 people are currently living in flood-affected areas, according to information from the Far East Development Ministry.