Over 50,000 Now Affected by Floods in Russia’s Far East 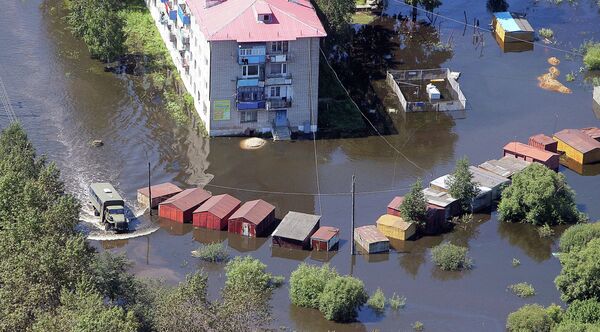 More than 2,000 houses in the Amur Region have been so badly damaged by the floods that homeowners will have to be provided with alternative accommodation temporarily, local authorities said. So far, some 20,000 people have been evacuated from the flooded zones in the Russian Far East, while hundreds more are refusing to leave their homes.

Over 40,000 people in the Far East are currently involved in relief and rescue operations in the Amur Region, the Khabarovsk Territory and the Jewish Autonomous Region following heavy rains that caused the Amur River to burst its banks.

A total of 3.2 billion rubles ($97 million) has been allocated for those affected by the floods and the rescue operation, Sergei Nazarov, deputy minister of regional development, said earlier this week.

Current forecasts predict the level of the Amur River will only start to subside in late September or early October.

(Updates with the sum of damage)