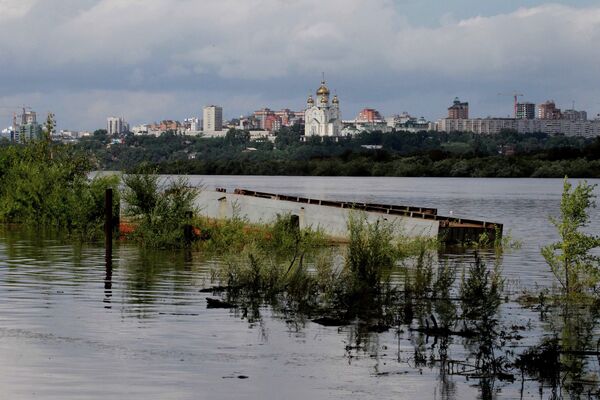 © RIA Novosti . Vitaliy Ankov
/
Go to the photo bank
Subscribe
Russia's Defense Ministry said Thursday it was “surprised” by media reports claiming it was planning to take control of the Emergencies Ministry.

MOSCOW, August 22 (RIA Novosti) – Russia's Defense Ministry said Thursday it was “surprised” by media reports claiming it was planning to take control of the Emergencies Ministry.

Speculation about the potential merger of the two ministries “prompted surprise” within the Defense Ministry, a spokesperson said Thursday.

Although one of Russia’s smaller ministries, the Emergencies Ministry receives about 10 percent of the funding allocated to the Defense Ministry, and employs about 350,000 people, according to Nezavisimaya Gazeta.

In the Soviet Union there was no separation between the two ministries, and rescue work during flooding, fires and other natural disasters was coordinated and carried out by the Defense Ministry. In 1991, Shoigu was appointed head of the agency that eventually became the Emergencies Ministry.

The two ministries are currently cooperating closely in Russia’s Far East in a bid to mitigate the effects of severe flooding, and Nezavisimaya Gazeta reported that a final decision about the proposed merger would be made when the situation there is under control.

The Defense Ministry “could not stand aside during the crisis situation [in the Far East],” the ministry spokesman added Thursday. “[And it is] actively using all available resources to help the local population.” 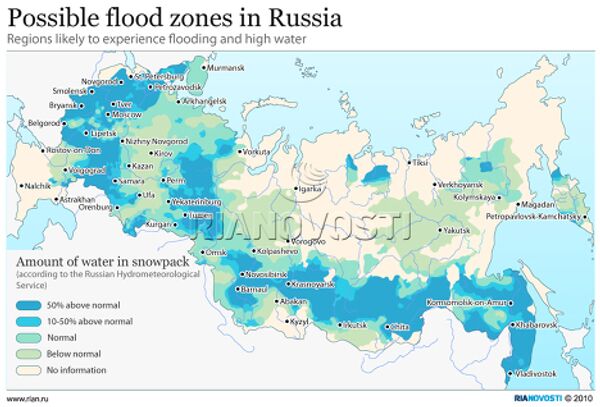 Possible flood zones in Russia
© RIA Novosti
Newsfeed
0
New firstOld first
loader
LIVE
Заголовок открываемого материала
Access to the chat has been blocked for violating the rules . You will be able to participate again through:∞. If you do not agree with the blocking, please use the feedback form
The discussion is closed. You can participate in the discussion within 24 hours after the publication of the article.
To participate in the discussion
log in or register
loader
Chats
Заголовок открываемого материала
Worldwide
InternationalEnglishEnglishMundoEspañolSpanish
Europe
DeutschlandDeutschGermanFranceFrançaisFrenchΕλλάδαΕλληνικάGreekItaliaItalianoItalianČeská republikaČeštinaCzechPolskaPolskiPolishСрбиjаСрпскиSerbianLatvijaLatviešuLatvianLietuvaLietuviųLithuanianMoldovaMoldoveneascăMoldavianБеларусьБеларускiBelarusian
Transcaucasia
ԱրմենիաՀայերենArmenianАҧсныАҧсышәалаAbkhazХуссар ИрыстонИронауОssetianსაქართველოქართულიGeorgianAzərbaycanАzərbaycancaAzerbaijani
Middle East
Sputnik عربيArabicArabicTürkiyeTürkçeTurkishSputnik ایرانPersianPersianSputnik افغانستانDariDari
Central Asia
ҚазақстанҚазақ тіліKazakhКыргызстанКыргызчаKyrgyzOʻzbekistonЎзбекчаUzbekТоҷикистонТоҷикӣTajik
East & Southeast Asia
Việt NamTiếng ViệtVietnamese日本日本語Japanese中国中文Chinese
South America
BrasilPortuguêsPortuguese