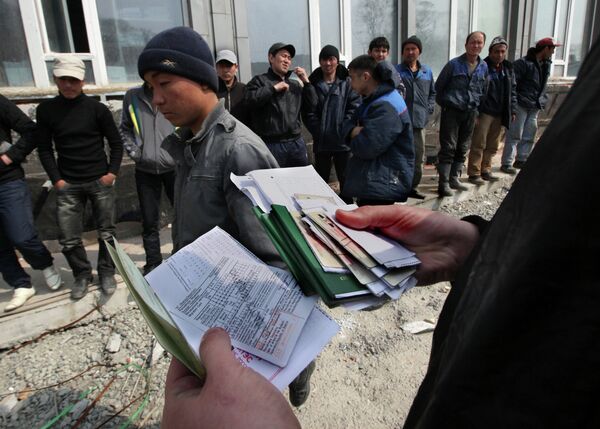 In late July, police held a large-scale special operation to detain some 1,200 Vietnamese nationals in Moscow’s east who were in the city illegally. Vietnamese workers and their families, including pregnant women and infants, lived in unsanitary conditions at a storage site.

The Interior Ministry said then that that 20 textile production shops designed for over 800 workplaces were discovered at the site. Eight suspected organizers of the illegal workplaces, from Iraq, Syria, Vietnam and Azerbaijan, were detained in the operation that involved over 900 police officers.

Moscow police launched a series of raids on the city’s marketplaces to “decriminalize them” in the wake of an attack on a police officer who was seriously injured at a market when attacked by an angry mob in July while he attempted to detain a suspected sex offender.