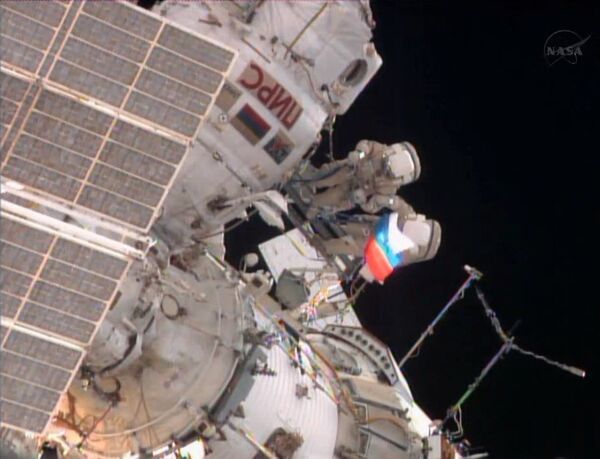 Misurkin used a test kit to collect a sample from under a swath of thermal insulation on the Poisk Mini-Research Module. He also photographed a materials exposure experiment and associated cabling along the Poisk.

According to NASA, the cosmonauts noticed during the installation of the camera platform that its base plate was not properly aligned. Initially, Russian mission controllers told the spacewalkers to abort the installation, but after determining that the alignment issue could be corrected after its installation, they directed the cosmonauts to install it at as planned on the starboard side of Zvezda.

“Two cameras, scheduled to be delivered to station aboard a Progress cargo craft in November, will be mounted on the platform during a spacewalk planned for December,” NASA said.

Before entering the airlock after the spacewalk, the cosmonauts, clad in Orlan spacesuits, unfolded a Russian flag in outer space in celebration of the Russian Flag Day.

“Today is a holiday, Russian Flag Day. We congratulate all Russians. We must love and respect our flag and then others will respect us,” Yurchikhin said, following his statement with three “Hooray!” exclamations.

This was the cosmonauts’ second spacewalk within the span of a week, the eighth in Yurchikhin’s career and the third for Misurkin.

The spacewalk was the 173rd in support of assembly and maintenance performed on the $100 billion orbiting laboratory, built by 15 countries. 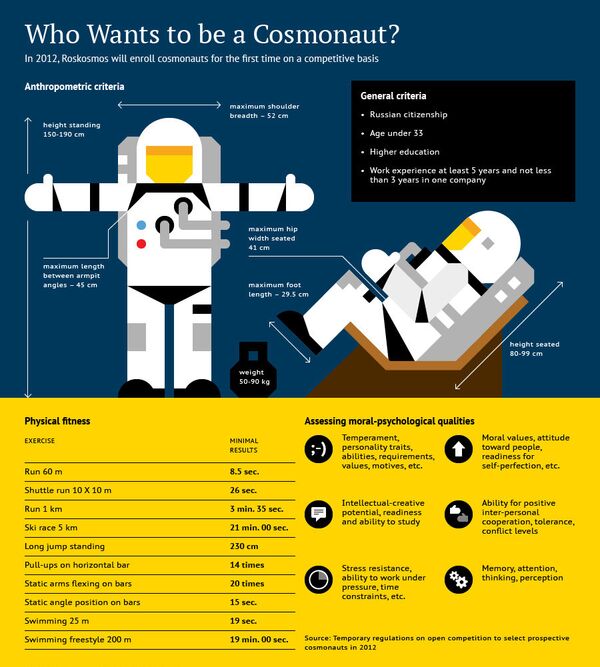