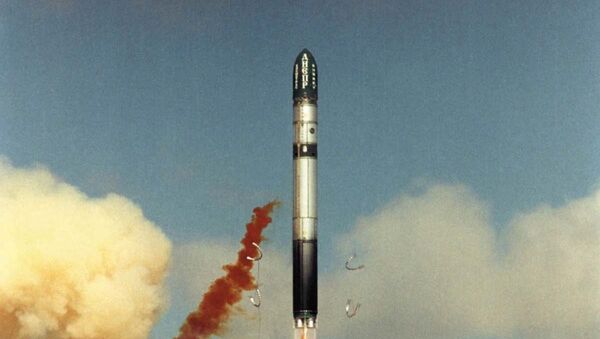 The International Space Company Kosmotras, which operates a commercial expendable launch system using the RS-20 ICBMs (classified by NATO as the SS-18 Satan), said the launch will take place from the Yasny launch base of Russia’s Strategic Missile Forces in southern Urals.

It will be the 18th launch under the Dnepr program, which converts RS-20 ICBMs into carrier rockets to put satellites into space. Since 1999, a total of 62 spacecraft from 14 states have been orbited.

The RS-20 is the most powerful ICBM in the world. It was first launched in 1973 and is still in service with Russia's Strategic Missile Forces. RS-20 missiles are being gradually removed from the Russian arsenal and converted into Dnepr launch vehicles.

The Kompsat-5 spacecraft, also known as Arirang 5, is a multi-purpose science satellite that will operate at an altitude of 550 kilometers (341 miles) providing images required to monitor natural disasters and identify natural resources. It was built by Alcatel Alenia Space and has a life span of five years.

The launch was initially planned for 2011, but was repeatedly postponed amid uncertainty surrounding the Dnepr program’s future.