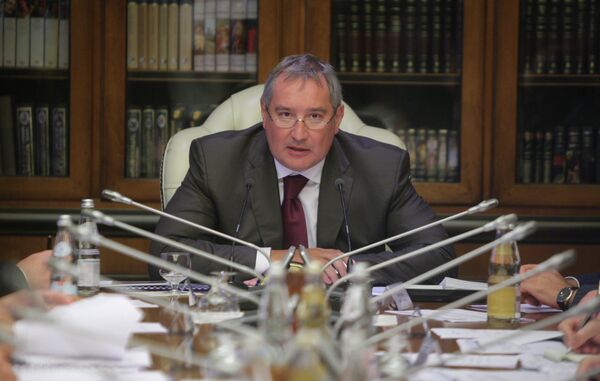 Rogozin, who oversees the defense and aerospace sectors, said two key instructions regarding construction of the cosmodrome had been issued, but even though one had a July 30 deadline, neither have so far been fulfilled.

Both instructions he mentioned related to setting project construction costs and performance indicators for the site, which covers over 1,000 square kilometers (386 square miles).

“I will view any deviation from the plan as sabotage,” Rogozin said at a meeting with representatives of agencies involved in building the cosmodrome. “I have no intention of being one of those public servants who accept failure to deliver on instructions.”

Rogozin reminded those involved of the project’s importance, and demanded they explain the hold-ups.

“I would like to hear the reasons why these problems arose and proposals to ensure the necessary number of specialists are involved in all stages of the construction work,” Rogozin said.

Rogozin acknowledged the recent severe flooding in the local Amur Region recently had caused problems. “The region is currently actively battling the floods. Workers in the region will be worth their weight in gold,” he said.

In July, five builders, aged between 25 and 50 working at the cosmodrome site were fired for illegal marijuana use, Russia’s Federal Drug Control Service said at the time.

The space center is scheduled for completion by 2020, and is to due to make initial rocket launches as soon as 2015, Russian President Vladimir Putin said at a meeting on the space sector in April 2013.

“The site will become a major link in Russia’s aviation and space sector and a powerful innovative center for developing the whole country and the Far East,” he said.

Vostochny is intended to replace Baikonur in Kazakhstan as Russia’s main launch facility, although in April Putin stressed Russia’s continued commitment to Baikonur. According to space agency Roscosmos, Vostochny will host 45 percent of Russia’s space launches and all its manned flights from 2020, while Baikonur’s share will fall from 65 percent to 11 percent, with the remainder going to Plesetsk in Russia’s far north.

Russia and Kazakhstan have been in dispute in recent years over the amount Russian pays for use of the site, prompting Astana to limit the number of rockets Russia launches from it.