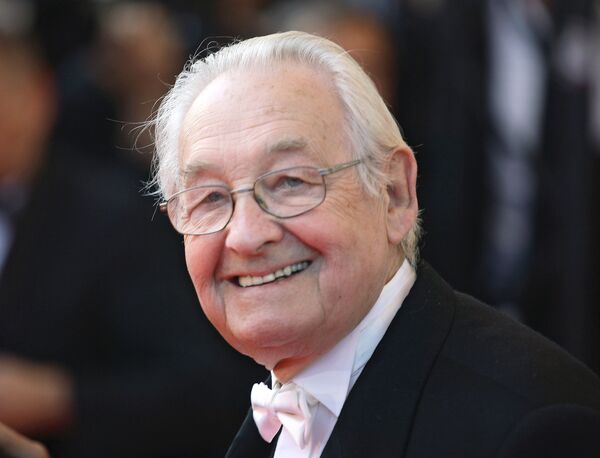 Wajda “is the director who has been capable, in his work … of raising the most decisive and important questions about the history of his country, and consequently, of Europe in its entirety,” Venice Film Festival director Alberto Barbera said in a statement posted on the festival’s website.

The 87-year-old filmmaker will receive a Persol award on Sept. 5 prior to the out-of-competition screening of his latest film, “Walesa. Man of Hope,” a biopic about Lech Walesa, the Polish trade union leader turned politician.

Wajda’s biography on the entertainment and film website imdb.com describes him as being “considered the most seminal Polish director, responsible for leading the ‘Polish school’ of filmmaking.”

Wajda has directed and scripted more than 50 films, four of which have been nominated for the Best Foreign Language Film Academy Award. His “Man of Iron,” a cinematic portrait of a Solidarity labor movement leader, won the Palme d’Or at the 1981 Cannes Film Festival.

The filmmaker’s father Jakub was a Polish artillerist killed by Soviet secret police in 1940 in the Katyn forest massacre. The execution of more than 20,000 Polish soldiers and officers has for decades strained relations between Moscow and Warsaw.

Wajda depicted the massacre in his critically acclaimed 2007 film “Katyn,” which featured Russian actors and was lambasted by Russian Communists as a “primitive” propaganda flick.

His other Russia-themed films include “The Possessed,” a 1988 adaptation of Fyodor Dostoyevsky’s eponymous novel, and “The Siberian Lady Macbeth,” a 1961 adaptation of Nikolai Leskov’s 1865 novel “Lady Macbeth of the Mtsensk District.” Wajda has also directed several theater plays based on Dostoyevsky’s novels.