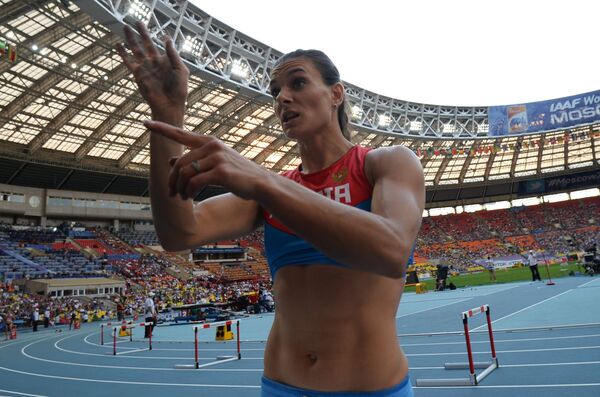 “As the media campaign against Isinbayeva shows, many global media outlets in recent years seem to have changed their attitude toward the notion of freedom to express opinion,” Church spokesman Vladimir Legoida said.

He added that criticism of Isinbayeva should be viewed as a demonstration of disrespect for the majority of Russians, who support the ban on promoting homosexual relationships toward minors. According to various Russian pollsters, about 80 percent of Russians are in favor of the ban.

When asked by a reporter about the ban on holding public pro-gay events in the presence of minors, Isinbayeva said in English that “if we will allow to promote and do all this stuff on the streets, we are very afraid for our nation.”

After creating a storm of fury from world sports commentators and gay advocacy groups alike, she backtracked on Friday, reframing her words as simply the desire to see local laws respected.