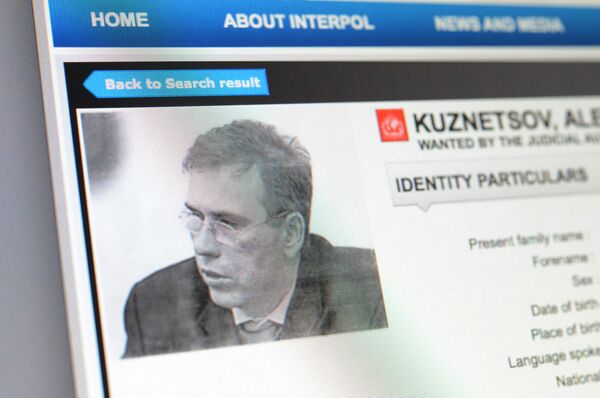 Former Moscow Region Deputy Governor and Finance Minister Alexei Kuznetsov was detained by French authorities in early July near the resort town of Saint-Tropez, and is wanted by Russia on charges of fraud, money laundering, and embezzlement.

On Tuesday, France's Foreign Ministry confirmed that an extradition request for Kuznetsov had been received and is under consideration, but declined to comment further.

He is accused of leading a criminal group that swindled the Moscow Region out of 3.5 billion rubles (about $105 million) over the years 2005-2008 through fraud in the housing and utilities sector, according to information on Russia’s Interior Ministry website.

When the news of his arrest in France broke over Friday-Saturday 5-6 July, Russia’s state run Rossiya 1 TV network reported that his embezzlement was so extensive that it forced hospitals to close and led to a bailout of the region using state funds. The same claim was made by anti-corruption blogger and Moscow Mayoral candidate Alexei Navalny.

Kuznetsov reportedly left Russia for the United States in 2008, but was only put on the international wanted list in 2012 after the fact that he had crossed Russia’s border was confirmed. Russia issued an arrest warrant for him in 2011 in absentia.

In an interview with Russia’s state TV network Rossiya filmed in Paris and broadcast in 2011, Kuznetsov defended his decision-making during his time with the Moscow Region government.

Until this year he was married to New York socialite and real estate developer Janna Bullock, who has also faced numerous lawsuits and property-related disputes.