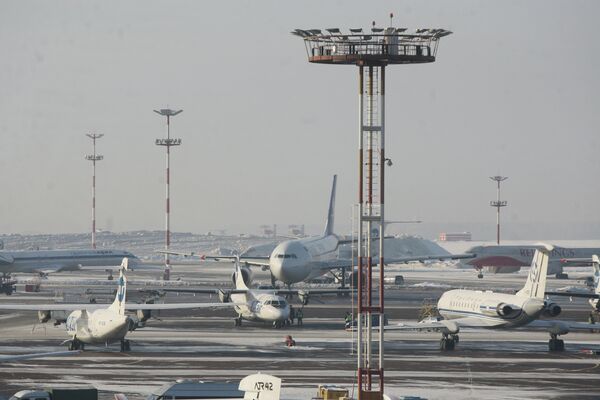 The first incident occurred shortly after midnight, when a laser pointer beam hit the cockpit of an Astana-bound airliner. The second took place less than an hour later, targeting a Moscow-London flight shortly after take-off, the Interior Ministry’s Transport Department said in a statement.

“No one was harmed in either incident,” the department said.

The incidents are the latest in a string of similar attacks, with transport police reporting at least five aircraft being targeted by laser pointers in Moscow and St. Petersburg in the last week alone.

After a series of incidents involving lasers near airports in 2011, the lower house of Russia’s parliament, the State Duma, proposed such attacks should be punishable with jail terms of up to seven years in prison.

The Duma plans to look again at the bill in the fall session.