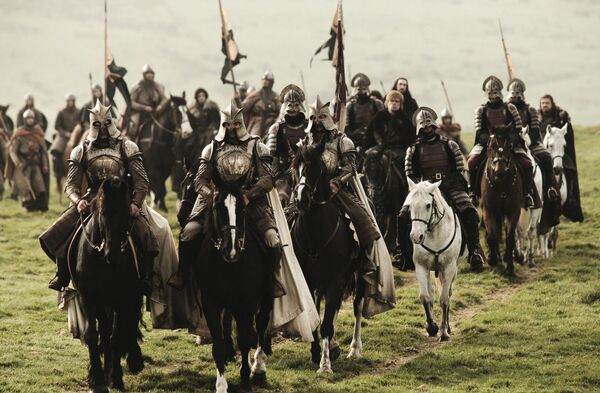 A Moscow court said Tuesday that it had ruled to block online access to many popular television series, including “Game of Thrones,” under a controversial new anti-piracy law.

MOSCOW, August 20 (RIA Novosti) – A Moscow court said Tuesday that it had ruled to block online access to many popular television series, including “Game of Thrones,” under a controversial new anti-piracy law.

The copyright holder, A Serial, had requested that the Moscow City Court restrict online access to websites illegally hosting two seasons of “Game of Thrones,” along with “Boardwalk Empire,” “Entourage,” “The Borgias,” “The Newsroom,” “True Blood” and others.

The judge ruled that state telecommunications watchdog Roscomnadzor should be obliged “to stop providing technical means for hosting, distribution and other use of the films.”

The ruling did not specify what websites would be blocked.

A controversial law that came into force on August 1 – and has been dubbed the “Russian SOPA” after its scrapped US analogue – allows courts to ban websites for hosting pirated films and TV shows.

The law has faced a flurry of criticism from the Russian Internet industry over technicalities, which, industry representatives say, will enable rampant abuse. Two of the most widely cited alleged flaws are a ban by IP address – which is usually shared by several websites, all of which end up on the blacklist in the event of a ban – and the complaints procedure, which allows the copyright holder to seek a ban on the website without first contacting the uploaders of the film in question.