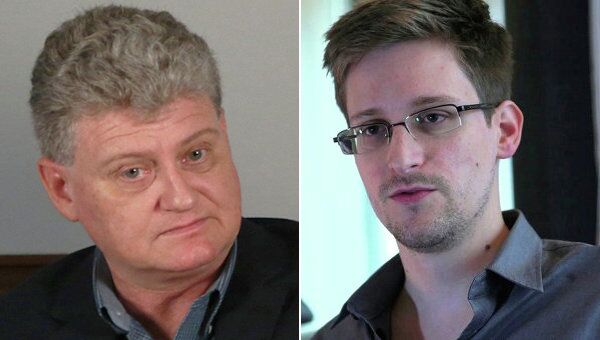 © Reuters | The Guardian
Subscribe
Attorneys for fugitive intelligence leaker Edward Snowden and his father are fuming over a transatlantic discussion the two men apparently had through an encrypted website, a source close to the case said Thursday.

WASHINGTON, August 15 (By Maria Young for RIA Novosti) — Attorneys for fugitive intelligence leaker Edward Snowden and his father are fuming over a transatlantic discussion the two men apparently had through an encrypted website, a source close to the case said Thursday.

“Yesterday, Lon Snowden and his son Edward communicated for about two hours,” ignoring advice from “attorneys on both sides who agreed and felt it was in the best interest of everyone, most of all Ed’s safety and security, for them to wait until Mr. Snowden visited his son in Russia,” the source told RIA Novosti.

“The father did it on his own,” essentially ignoring “very firm” recommendations from the younger Snowden’s Russian attorney, Anatoly Kucherena, and Lon Snowden’s US attorney, Bruce Fein, said the source, who asked not to be named.

Edward Snowden is currently in a safe place, undergoing an adaptation course, and is OK, he said.

The father-son communication, which lasted roughly two hours, was “like a chat room” and did not involve discussion by voice or identifying images, the source said.

But it did spark concerns among the legal team, RIA Novosti was told.

The move “put everybody’s credibility at risk… We don’t even know who’s on the other side, how do we know it’s Edward? How do we know who was listening in? These are two countries with intelligence services, you’re really thinking no one’s listening in?” the source said.

The younger Snowden, a former US intelligence contractor, is wanted by the United States on espionage and theft charges after leaking classified information about the US National Security Agency’s sweeping telephone and electronic surveillance programs.

He received temporary asylum from Russia earlier this month, a move that has further strained US-Russian relations and prompted an outcry from the US administration and members of Congress.