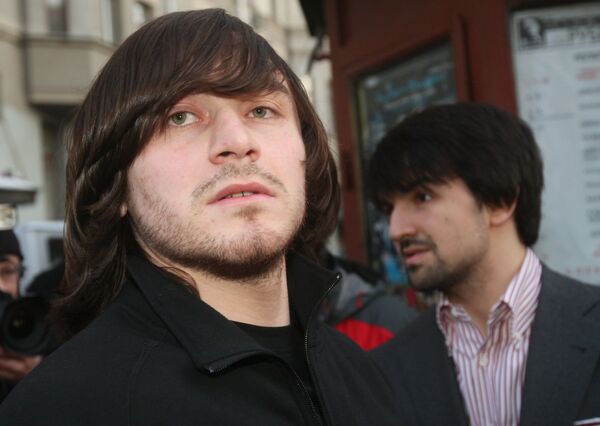 © RIA Novosti . Ilya Pitalev
/
Go to the photo bank
Subscribe
A defendant in the ongoing murder trial of Russian investigative journalist Anna Politkovskaya was shot and wounded in the center of Moscow on Wednesday evening, his lawyer said.

MOSCOW, August 15 (RIA Novosti) – A defendant in the ongoing murder trial of Russian investigative journalist Anna Politkovskaya was shot and wounded in the center of Moscow on Wednesday evening, his lawyer said.

Dzhabrail Makhmudov, who is currently on trial accused of involvement in the 2006 shooting death of Politkovskaya, was taken to a hospital and operated on, his lawyer Murad Musayev wrote on Facebook on Thursday.

“The bullet hit Dzhabrail Makhmudov in the left thigh and passed through [his leg] just millimeters from his femoral artery. The doctors say Dzhabrail was ‘unbelievably lucky:’ Just a fraction of a difference in the bullet’s trajectory could have cost him his life,” Musayev wrote.

Police confirmed Makhmudov had been shot in the thigh at about 11 p.m. Wednesday near Ulitsa 1905 Goda metro station and said he had already been questioned.

“The injured man’s statement will be processed as part of pre-investigation work,” a police spokesperson said.

On Thursday, prosecutor Boris Loktiyonov asked the Moscow City Court where the trial is being held to stop the proceedings against Makhmudov but continue the trial against the other defendants, who include three relatives of Makhmudov.

Musayev opposed the request, saying opening a separate case against his client was “categorically inadvisable and could affect the fairness of the trial.”

The judge said he would make a decision at the next court session on August 19, after the Botkin hospital, where Makhmudov is being treated, has told the court when the defendant will be discharged.

Musayev told RAPSI legal news service that Makhmudov would be able to attend court with the aid of crutches in a week’s time.

Politkovskaya, who harshly criticized the Kremlin and local authorities in Russia’s turbulent North Caucasus region in her stories for the opposition-leaning Novaya Gazeta newspaper, was gunned down in the elevator of her apartment building on October 7, 2006. Her murder caused an international outcry amid widespread but unproven allegations of involvement by state agencies.

In addition to Makhmudov, the five suspects – who have pleaded not guilty – include his brothers Rustam and Ibragim and their uncle Lom-Ali Gaitukayev, as well as former police officer Sergei Khadzhikurbanov.

A sixth suspect, former police officer Dmitry Pavlyuchenkov, who earlier signed a plea bargain, gave evidence against his accomplices and was sentenced to 11 years in prison in December 2012.

The investigators believe that Rustam Makhmudov committed the murder with the help of his brothers, their uncle and Khadzhikurbanov.

Three of the five suspects – Ibragim and Dzhabrail Makhmudov and Khadzhikurbanov – were tried and acquitted in a jury trial in 2009. The Supreme Court overturned the ruling and ordered a retrial. Prosecutors have failed to identify the mastermind behind the killing.