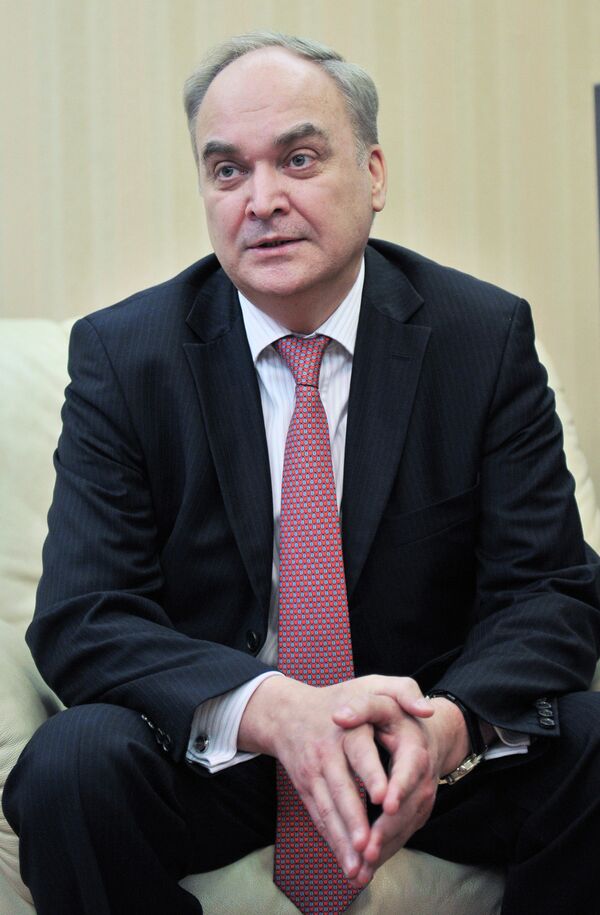 “We have been discussing the missile defense issue for the past 10 days…however, no solution for this problem is yet in sight,” Antonov told reporters in Moscow after talks with German Defense Minister Thomas de Maiziere, Italian defense officials and US Defense Secretary Chuck Hagel.

Antonov said Russia is closely monitoring the progress of NATO’s global missile defense system in Europe and in the Asia-Pacific region while studying how the system's readiness could affect Russia's nuclear deterrence potential.

He also downplayed the impact on missile defense talks of the recent standoff between Moscow and Washington over fugitive US intelligence leaker Edward Snowden.

“I don’t have a feeling that the Snowden problem affects the missile defense talks as Russian and Pentagon officials focus on the military-technical aspects of the issues discussed, rather than on politics, when they meet,” Antonov said.

Russia and NATO had initially agreed at the Lisbon summit in November 2010 to cooperate over the US-proposed missile defense system in Eastern Europe. But subsequent talks between Russia and the alliance have floundered over NATO’s refusal to grant Russia legal guarantees that the system would not be deployed against Russia’s nuclear deterrent.

NATO and the United States insist that the shield is intended to defend NATO member states against missiles from emerging threat nations like North Korea and Iran, and would not be directed at Russia. The alliance has vowed to continue developing and deploying its missile defense program, regardless of the status of missile defense cooperation with Russia.

In mid-March, the US announced it was modifying its planned missile defense deployment in Poland, dropping plans to station SM-3 IIB interceptor missiles in the country by 2022. Russian officials said this did nothing to allay their concerns, and reiterated their demand for legally binding agreements guaranteeing Russia’s strategic nuclear forces would not be targeted.