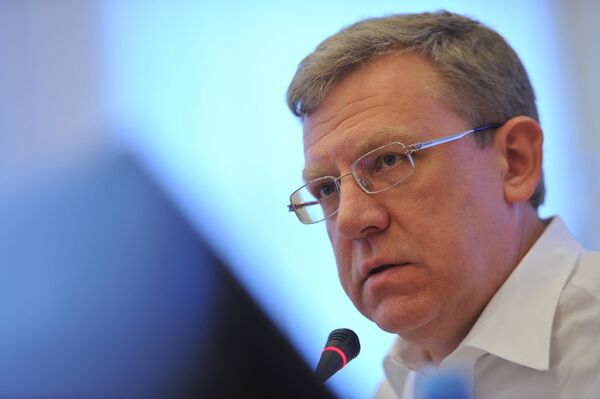 © RIA Novosti . Artiom Zhitenev
/
Go to the mediabank
Subscribe
International
India
Africa
More parties have been banned from regional elections in Russia this year than in 2012, despite the Kremlin’s attempted liberalization of political legislation, a new study said Wednesday.

MOSCOW, August 14 (RIA Novosti) – More parties have been banned from regional elections in Russia this year than in 2012, despite the Kremlin’s attempted liberalization of political legislation, a new study said Wednesday.

In total, 9.2 percent of the candidate lists submitted by parties for the September 8 elections have been banned, compared with 2.4 percent last year, according to a report by the Civil Initiatives Committee think tank, founded by longtime Kremlin insider-turned-critic Alexei Kudrin, a former finance minister.

At least some of the bans were politically motivated, especially those targeting the liberal “Republican Party of Russia – Parnas,” which has allied with leading anti-Kremlin basher Alexei Navalny for the upcoming mayoral election in Moscow, and billionaire Mikhail Prokhorov’s Civil Platform, the report said.

RPR-Parnas was kicked off the ballot in the Siberian republic of Khakassia on a technicality. Civil Platform was banned from running for the Yaroslavl city legislature soon after the party-affiliated mayor, Sergei Urlashov, an outspoken critic of the ruling United Russia, was arrested in a bribery case he called fabricated for political reasons.

The head of the Central Election Commission, Vladimir Churov, denounced the report and its authors on Wednesday.

“I am deeply convinced that if you had such experts … during your tenure at the Finance Ministry, … the ministry and the Russian government would have gone bankrupt," Churov said at his commission’s session, addressing Kudrin in absentia.

The Kremlin, which radically tightened the screws on the Russian party system in the 2000s, announced a rollback of party legislation after mass street protests that followed the parliamentary and presidential elections in 2011 and 2012, respectively. The number of registered political parties surged from seven to 73, though the Civil Initiatives Committee report said some of those parties were spoilers set up by spin doctors.