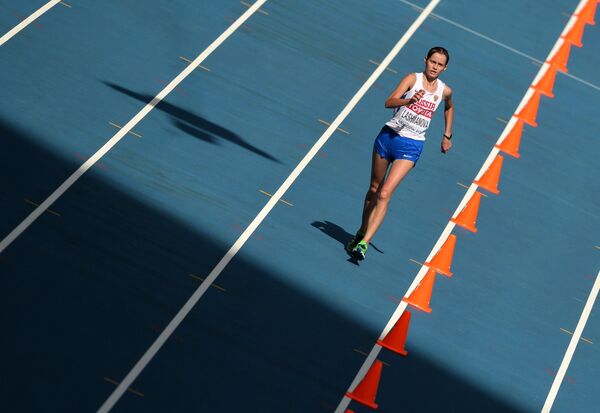 NB: This story has been updated. For new version, please click here.

Russians have now won the 20 km race walk gold at every world championships dating back to 2001. Lashmanova, who won in an unofficial time of 1:27:09 hours, supplants three-time defending champion Olga Kaniskina, who pulled out of Moscow last week with an injury.

Kirdyapkina, who won bronze at the Daegu worlds two years ago, took silver.

China's Liu Hong, the 2011 silver medalist, dropped down the podium to bronze.

The medals are Russia's fourth and fifth of the nine-day championships.