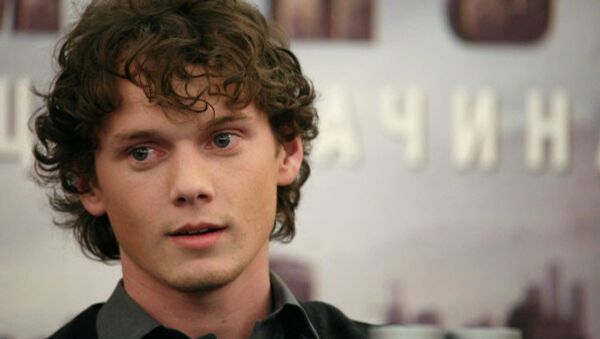 Yelchin, 24, will star as Cloten, the son of the Queen, who will be played by the Ukrainian-born actress Milla Jovovich, according to the article Monday in the movies section of the Broadway World portal.

In a modern twist on the original play, the upcoming cinematic “Cymbeline” will be presented “…as an epic battle between dirty cops and a drug dealing biker gang set in a corruption-riddled 21st century America,” the article stated.

This is somewhat different from Shakespeare’s original which was set in pre-Christian Britain. Not regarded as one of the bard’s finest works, the Irish playwright George Bernard Shaw was so disappointed by its “infantile” plot devices that he even wrote an alternative fifth act, according to “The Riverside Shakespeare,” an authoritative edition of Shakespeare’s works.

Yelchin is probably best known for taking over the role of Pavel Chekhov in the recent “Star Trek” ‘reboot’ movies. “Cymbeline” will also star Ethan Hawke and Ed Harris, according to the Internet Movie Database.