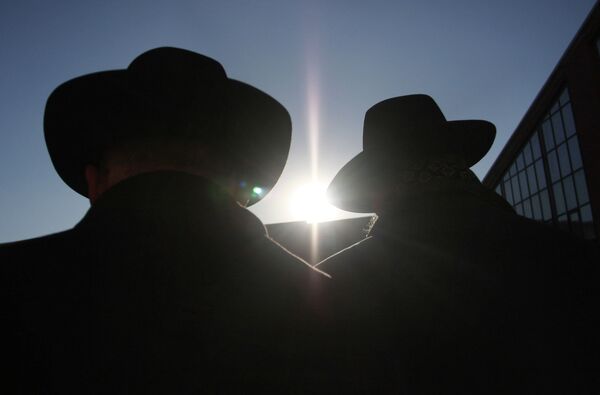 The idea endorsed by Israeli Internal Security Minister Yitzhak Aharonovich, who pitched it to his Russian counterpart, Vladimir Kolokoltsev, during a recent meeting in Moscow, the spokesman told RIA Novosti.

“Instructors … will teach [the rabbis] how to protect community buildings and how to act in case of an attack or other emergencies,” the spokesman said.

The courses will being in Moscow at an unspecified later date, the spokesman said. Prospective students will include rabbis, as well as youth group members, school and kindergarten teachers and regular members of Jewish communities nationwide.

The program follows an attack on a rabbi in the Dagestani city of Derbent in late July, the spokesman said. The victim was hospitalized in serious condition but survived the attack, which Russian police blamed on the local Islamic insurgency.

Russia, whose total population stood at 141 million in 2010, had about 156,000 people who identified themselves as Jews for that year’s nationwide census.

Israel has its own martial art, Krav Maga, initially developed in the 1930s by Jews who had to defend themselves against street attacks by fascists. The martial art is currently used by the Israeli army and security services.

It remained immediately unclear whether courses for Russian rabbis would teach Krav Maga or some other self-defense system.