Russian Church Spokesman to Ward Off Beetle Through Prayer 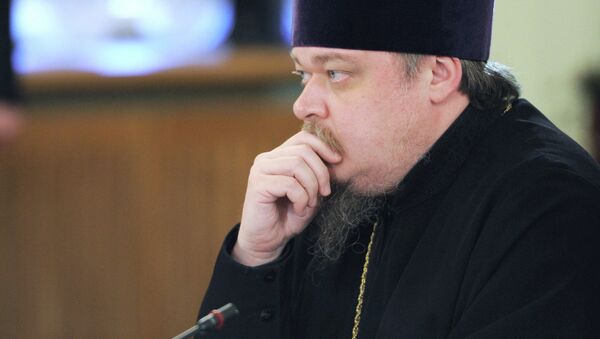 © Sputnik / Yana Lapikova
/
Go to the photo bank
Subscribe
How serious are you about the threat of the European spruce bark beetle? Most likely not as much as a senior Russian Orthodox priest who pledged to hold a service to prevent the insect from demolishing forests outside Moscow.

MOSCOW, August 12 (RIA Novosti) – How serious are you about the threat of the European spruce bark beetle? Most likely not as much as a senior Russian Orthodox priest who pledged to hold a service to prevent the insect from demolishing forests outside Moscow.

Father Vsevolod Chaplin, who heads the Russian Orthodox Church’s press service, said Friday on the Church’s website that he would ask God to deliver the Moscow Region from the tree-eating scourge.

Chaplin was replying to a request from a parishioner in Moscow who said in a comment, complete with nine exclamation marks, that she sees prayer as the sole means of saving Moscow Region’s “balding trees, … most weak and in need of holy help.”

The European spruce bark beetle, an invasive species in the west of Russia, has multiplied after the record draught of 2010 and already destroyed 2 percent of all forests in the Moscow Region, acting Governor Andrei Vorobyov has said.

Chaplin, 45, has not focused on environment before, but has made a name for himself by outspoken statements on various hot topics, including claims that rape victims “provoke” rapists through revealing outfits; attacks on punk band Pussy Riot, whose members were jailed after hijacking a cathedral for a performance; and endorsement of posh lifestyle led by some Church hierarchs.