Russia Confirms Anti-Gay Law Will Be Enforced at Olympics 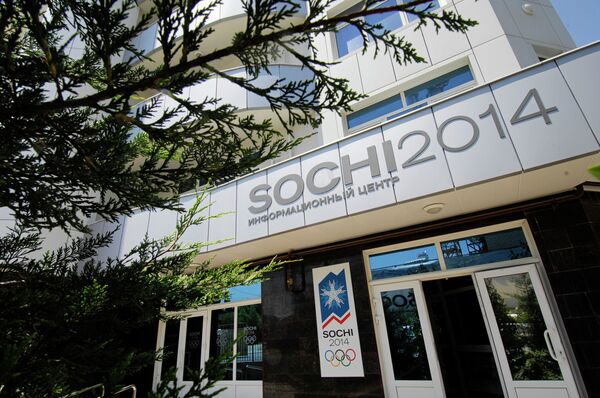 Russia's Interior Ministry, which controls the police force, confirmed Monday that the country's controversial anti-gay law will be enforced during the Sochi 2014 Olympics.

MOSCOW, August 12 (R-Sport) – Russia's Interior Ministry, which controls the police force, confirmed Monday that the country's controversial anti-gay law will be enforced during the Sochi 2014 Olympics.

Confusion has reigned over how the country intends to act during the February 7-23 Winter Games after President Vladimir Putin signed legislation in June that bans the promotion of homosexuality to minors.

The International Olympic Committee first claimed it had received assurances from top government officials that Sochi 2014 athletes and guests will not be affected, prompting Sports Minister Vitaly Mutko to insist no one is exempt from the law.

"The law enforcement agencies can have no qualms with people who harbor a nontraditional sexual orientation and do not commit such acts [to promote homosexuality to minors], do not conduct any kind of provocation and take part in the Olympics peacefully," said an Interior Ministry statement issued on Monday.

It warned against this approach being mixed up with discrimination against gay people.

"Any discussion on violating the rights of representatives of nontraditional sexual orientations, stopping them from taking part in the Olympic Games or discrimination of athletes and guests of the Olympics according to their sexual orientation is totally unfounded and contrived," the statement added.

"If a person does not put across his views in the presence of children, no measures against him can be taken," Zhukov said. "People of nontraditional sexual orientations can take part in the competitions and all other events at the Games unhindered, without any fear for their safety whatsoever."

Many have raised concerns about the vague definition of promoting homosexuality to minors.

IOC president Jacques Rogge said last week he would ask for clarification on the issue before his organization takes a stance.

Some gay advocacy groups backed by public figures such as British writer and TV star Stephen Fry have called for a boycott of the Games, though world leaders including US President Barack Obama and British Prime Minister David Cameron have insisted it's the wrong way to tackle the issue.