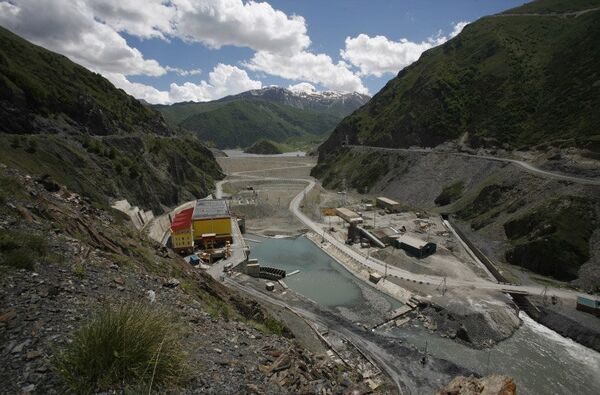 MOSCOW, August 8 (RIA Novosti) – The head of a subsidiary of state-run hydroelectric power holding company RusHydro has been detained on suspicion of embezzling over 800 million rubles ($24.2 million), the Russian Interior Ministry said Thursday.

“A criminal case into large-scale fraud has been opened against Vitaly Totrov, general director of the Zaramagskiye hydropower plant,” the ministry said. “Totrov used his executive position to commit a fraud in Vladikavkaz, North Ossetia, from February to July 2011, to illegitimately get a value-added tax refund from the federal budget of over 800 million rubles.”

The company’s accounting and other documents have also been seized as part of the investigation, the ministry said.

RusHydro denied any wrongdoing, saying the VAT refund by Totrov was legitimate.

“What the [Interior Ministry’s] statement calls a fraudulent scheme is an official and absolute legitimate source of financing,” RusHydro spokeswoman Yelena Vishnyakova said.

“In our investment program, a VAT refund is a source of financing for construction sites; this is not profit and the possibility of refunding VAT is also stipulated by law,” Vishnyakova added.

She claimed the criminal probe was the result by a legal anomaly, caused by a parent company financing construction of hydroelectric power installations and a subsidiary getting a VAT refund.

“We involved experts and found out that this scheme does not inflict damage either on the company or the state,” she said. “Zaramagskiye HPPs is a 100 percent-owned subsidiary of the company, which made the investment from which VAT was returned. We hope the situation will be resolved and consider the accusations to be unfounded,” she added.