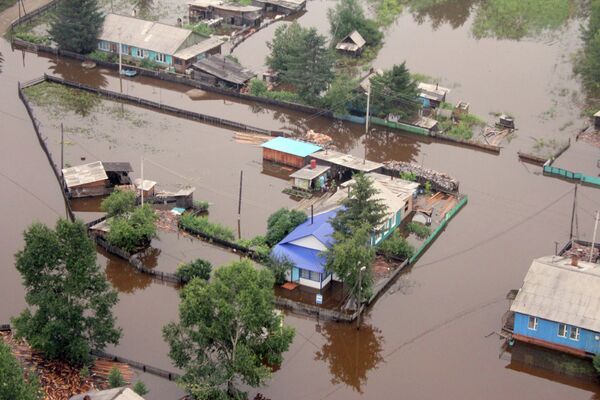 Hundreds of homes in the Amur Region have been inundated, with more than 1,500 residents forced to flee, Emergencies Minister Vladimir Puchkov said, adding that parts of the nearby Khabarovsk and Primorye provinces were also affected.

The minister said that emergency crews and army troops would be sent in to provide relief.

Primorye is reportedly seeing the heaviest rains in the past 20 years, with many roads made impassable and bridges destroyed. An emergency situation has been declared in 12 districts of the territory.

In the Amur Region, about 30 residential areas, including the city of Blagoveshchensk, are at risk of flooding as a hydroelectric dam increasingly dumps excess water.