Ukraine Bans US Musician for 5 Years for Flag Desecration 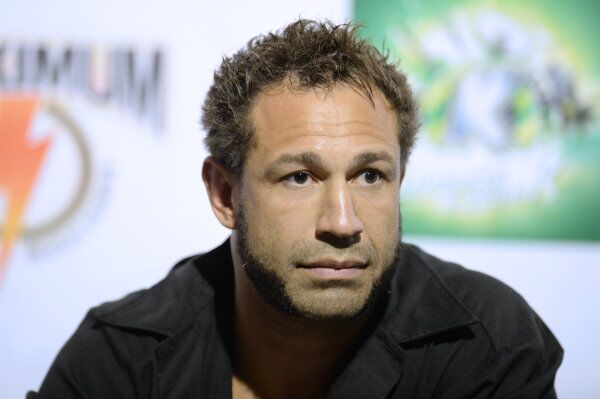 © RIA Novosti . Mikhail Mokrushin
/
Go to the photo bank
Subscribe
A US musician who apparently desecrated the Ukrainian flag has been banned from entering the country for five years, the Ukrainian Security Service reported.

KIEV, August 7 (RIA Novosti) - A US musician who apparently desecrated the Ukrainian flag has been banned from entering the country for five years, the Ukrainian Security Service reported.

The ban followed an incident on July 30 in the Ukrainian capital Kiev, when US rock group Bloodhound Gang’s bassist Jared Hasselhoff allegedly urinated on a Ukrainian flag, a YouTube video shows.

The next day, the bass player also apparently desecrated a Russian flag. Ukrainian authorities have opened criminal cases over both incidents and are investigating them.

During a performance by the band in the Ukrainian port of Odessa on July 31, Hasselhoff crammed a Russian flag down his pants and literally wiped his butt with it, a YouTube video shows.

Russian authorities subsequently canceled the band’s scheduled appearance at the Kubana rock festival, near the southern Russian Black Sea resort of Anapa. The band, who arrived in Russia by then, reportedly left the country soon afterward. Russia’s Interior Ministry said Monday it had opened a criminal case over the Russian flag desecration.

Desecration of the Russian flag is punishable by up to a year in prison, according to Article 329 of the Russian Criminal Code, in line with which the case was launched.

US Ambassador Michael McFaul called the incident with the Russian flag “disgusting” in a Twitter message but said the US Constitution’s First Amendment protects flag desecrators from punishment in the United States. Flag desecration is, however, illegal in many other countries.

McFaul also condemned an act of violence against the band, apparently referring to a subsequent incident in Anapa Airport when band members were assaulted by local activists.

The YouTube video of the alleged flag desecration was flooded with angry Russian-language comments. Journalists later quoted the band as saying that all items that the band throws into the crowd must first pass through the bassist’s pants.