Basketball: Kirilenko Hailed as Key to Russian Market for Nets 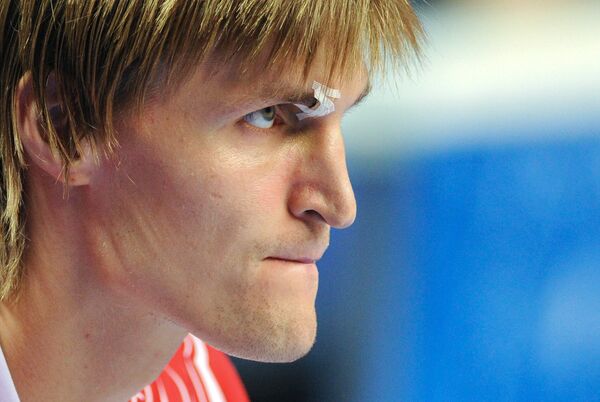 © RIA Novosti . Alexei Filippov
/
Go to the mediabank
Subscribe
International
India
Africa
Russian basketball star Andrei Kirilenko has been heralded by the Brooklyn Nets as a player who can prize open the Russian market for the NBA franchise.

NB: This is a corrected version, posted August  7. The original story incorrectly stated that Kirilenko had been traded to the Nets from the Timberwolves and that he had secured a long-term deal; in fact, he signed as a free agent and his deal is for two years.

MOSCOW, August 6 (R-Sport) – Russian basketball star Andrei Kirilenko has been heralded by the Brooklyn Nets as a player who can prize open the Russian market for the NBA franchise.

The 32-year-old signed this summer as a free agent with the Nets, owned by his fellow Russian, billionaire tycoon Mikhail Prokhorov, and Nets officials concede the move wasn't just about strengthening the roster.

"I think with Andrei on board we can finally build that bridge to Russian fans in Russia," said Irina Pavlova, president of ONEXIM Sports and Entertainment, Prokhorov's investment vehicle, in comments to the Netsdaily.com website.

Pavlova revealed that possible investors had been eager to see a Russian on the team, presumably to have someone to whom they could pin their marketing strategies.

"Every time we've talked to potential sponsors there, we always heard, 'If only you had a Russian player, things would be different,'" she was quoted as saying.

But the capture of Kirilenko, who recently confessed to taking a $7 million pay cut to come to New York on a two-year deal, doesn't mean automatic exposure for the Nets in his native country: National Basketball Association games are shown on a cable television station that has a few thousand subscribers in a country of 143 million.

In an attempt to reach a broader audience, the Nets plan to revamp their Russian-language website, NetsRussia, Pavlova said.

"Now it makes sense to put some resources behind the site as it is our face to the Russian-speaking world," she was quoted as saying. "There's no formal date on the Russian site relaunch but I'm pushing to have something useful and 'pretty' by the start of the season."

Kirilenko, a 24th overall pick by the Utah Jazz in the 1999 NBA draft, is one of Russia's most successful basketball exports with a decade at the Jazz before returning to his boyhood club CSKA Moscow in 2011-12.

He revived his NBA career with the Minnesota Timberwolves the following year.