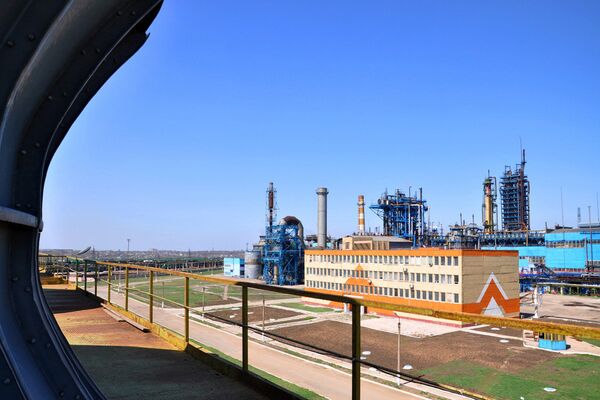 The accident occurred that afternoon during maintenance works at the factory, run by mineral fertilizer manufacturer Stirol. According to the company, the leak was caused by a depressurization of a liquid-ammonia pipeline.

According to the press service of the Donetsk Region administration, all the injured, several in critical condition, were taken to nearby hospitals in the city of Gorlovka.

Stirol said in a statement on its website that the leak was sealed within 30 minutes of the blowout and posed no threat to locals living near the plant.