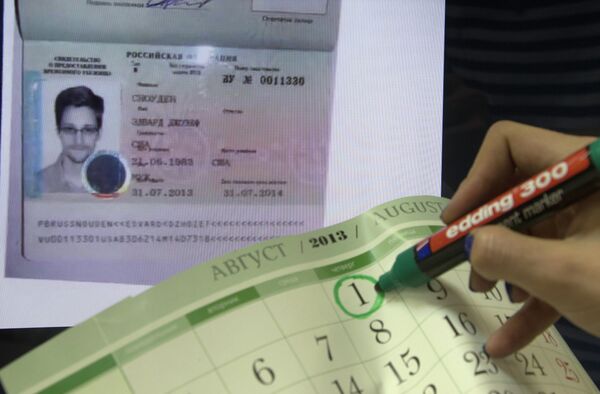 © RIA Novosti . Vitaly Belousov
/
Go to the mediabank
Subscribe
International
India
Africa
A senior US Senator said Sunday that Russian President Vladimir Putin was behaving like a “schoolyard bully,” and added his voice to growing calls for US President Barack Obama to cancel a planned bilateral meeting with Putin next month in Moscow.

MOSCOW, August 4 (RIA Novosti) – A senior US Senator said Sunday that Russian President Vladimir Putin was behaving like a “schoolyard bully,” and added his voice to growing calls for US President Barack Obama to cancel a planned bilateral meeting with Putin next month in Moscow.

Moscow’s decision to grant asylum to fugitive intelligence expert Edward Snowden means that the relationship between the United States and Russia is now “more poisonous than at any time since the Cold War,” Democratic Senator Chuck Schumer said Sunday, CBS television network reported.

Snowden, who is wanted in the United States for leaking details of secret state surveillance programs, was granted temporary asylum last week in Russia after reportedly living in the transit zone of Moscow’s Sheremetyevo airport for over a month after his arrival on a flight from Hong Kong on June 23.

Putin has said repeatedly that Russia will not extradite Snowden to the United States, where he could face the death penalty.

"President Putin is behaving like a schoolyard bully, and in my experience, I've learned, unless you stand up to that bully, they ask for more and more and more," Schumer said, according to CBS. "He's always going out of his way, President Putin is, to seem to poke us in the eye, whether it's in Iran, Syria, now with Snowden - so I would urge the president not to go forward with the bilateral meeting next month. That would give Putin the kind of respect he doesn't deserve at this point in time."

The comments from Schumer came as US television network NBC ran a report on its “Meet the Press” show Sunday claiming that Obama had already decided to cancel the meeting with Putin in Moscow, which was planned as a part of his September visit to Russia for the G20 Summit in St. Petersburg.

White House spokesman Jay Carney said Thursday that the United States was “extremely disappointed” about Russia’s decision to give refuge to Snowden, and indicated that the planned summit between Obama and Putin was under threat – but said that no final decision on Obama’s attendance had been taken. There was no official US response to the NBC report that the meeting had been scrapped.

The announcement that Snowden had received asylum in Russia was loudly condemned by a series of senior US lawmakers last week. US Senator John McCain, a consistent Kremlin critic and former presidential candidate for the US Republican Party, called the move “a slap in the face of all Americans.”