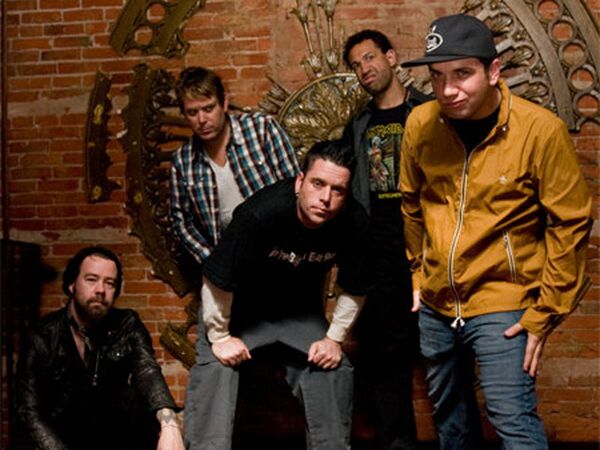 A stunt by US rock group Bloodhound Gang, when their bass player desecrated a Russian flag, was described as “disgusting” by US Ambassador Michael McFaul on Sunday, as Russian lawmakers said that the group’s actions could have consequences for other foreign musicians performing in Russia.

MOSCOW, August 4 (RIA Novosti) – A stunt by US rock group Bloodhound Gang, when their bass player desecrated a Russian flag, was described as “disgusting” by US Ambassador Michael McFaul on Sunday, as Russian lawmakers said that the group’s actions could have consequences for other foreign musicians performing in Russia.

During a performance by Bloodhound Gang in the Ukrainian port of Odessa on Wednesday, Jared Hasselhoff crammed a Russian flag inside his pants and literally wiped his behind with it, according to a video posted on YouTube. Russian authorities subsequently cancelled the band’s scheduled appearance at the KUBANA festival near the southern Russian city of Anapa.

“I find the actions of Bloodhound Gang disgusting. I also condemn the act of violence against them,” McFaul tweeted, apparently referring to a subsequent incident in Anapa airport when band members were assaulted by local activists before boarding their flight.

In a poor quality video posted on YouTube entitled “the Americans got beaten up in Anapa,” purporting to show the incident, men dressed in Cossack uniforms and wielding whips are seen attacking band members, apparently trying to strangle them with a US flag. The attackers are then shown stamping on a US flag.

A series of high profile Russian lawmakers spoke out against Bloodhound Gang on Saturday and Sunday, calling for a harsh punishment and suggesting that banning them from performing in Russia could serve as a “precedent” for other foreign musicians.

“Any artist, who wants to come and visit us, should understand that it is not just appropriate to respect the laws of their own country when they are at home, but Russian laws when they are in Russia,” said State Duma Foreign Affairs Committee Chairman Alexei Pushkov in a statement posted Sunday on the United Russia party website.

“Recently there have been too many attempts to influence Russia by famous performers and rock-singers," Pushkov added.

State Duma deputy speaker Sergei Neverov drew a comparison Sunday between Bloodhound Gang and Madonna, who openly expressed her support for jailed punk rockers Pussy Riot, and the rights of gay people, during recent concerts in Russia. “They are all links on one chain,” Neverov said, according to the United Russia party website.

The band apologized for their actions, according to Russian media reports. But that did not stop lawmakers calling for the group, who are known for such songs as "Kiss Me Where It Smells Funny?" and "You're Pretty When I'm Drunk," to be punished. Under Russian law, desecrating the national flag can earn a prison sentence of up to one year.

Lawmaker and member of United Russia, Andrei Isaev, said Sunday that “all the band members and their relatives” should be banned from coming to Russia, according to United Russia’s website.

“If there is a chance to prosecute this group, then Bloodhound Gang absolutely must be punished,” deputy head of United Russia in the Duma, Nikolai Bulayev, told RIA Novosti on Sunday.

Re-cast throughout, with new headline and new quotes from lawmakers and McFaul