Russia, US in Deadlock Over Guantanamo Prisoner – Paper 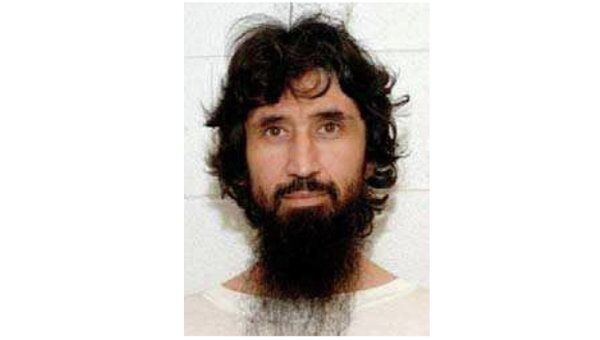 © Wikileaks
Subscribe
International
India
Africa
Talks between Russia and the United States on the visit of a Russian delegation to Guantanamo prison to meet with a Russian national kept there for over a decade without formal charges have come to a deadlock, the Kommersant newspaper reported Saturday.

MOSCOW, August 3 (RIA Novosti) – Talks between Russia and the United States on the visit of a Russian delegation to Guantanamo prison to meet with a Russian national kept there for over a decade without formal charges have come to a deadlock, the Kommersant newspaper reported Saturday.

Ravil Mingazov, 45, was arrested in Pakistan on suspicion of involvement in terrorist activities and links with Al-Qaeda in 2002. Russia wants to make sure that its citizen kept in the American military detention facility is well, the Foreign Ministry said in April.

The Foreign Ministry's Special Representative for Human Rights, Democracy and the Rule of Law Konstantin Dolgov said in June that the US authorities do not make sufficient efforts to facilitate the meeting of Russian officials with Mingazov.

According to Kommersant, the talks on the visit have been held for the past few months but they did not produce any results. Washington offered Moscow to allow a Russian delegation to “tour” the prison without meeting Mingazov in particular. The Russian side refused to accept the offer and insisted on a meeting.

The US State Department had earlier said that Mingazov himself was against the meeting, but his lawyers dismissed this claim saying their client was ready to meet with Russian officials only in the presence of his defense team.

His request has been denied by US authorities, and his lawyers’ attempts to contest the denial have been unsuccessful so far, the paper said.

Mingazov was a ballet and folk dancer in a Russian Army ensemble in the late 1990s-early 2000s. He fled Russia after converting to Islam, and was captured in Pakistan in 2002.

The US military claimed he was staying at a safe house belonging to suspected Al-Qaeda terrorist Abu Zubaydah at the time of his capture and had undergone training to become a terrorist.

He is the last of eight Russian citizens from Tatarstan, Bashkortostan, Kabardino-Balkaria, Chelyabinsk, and Tyumen who were held prisoner at Guantanamo. The other seven were transferred to Russia in 2004.