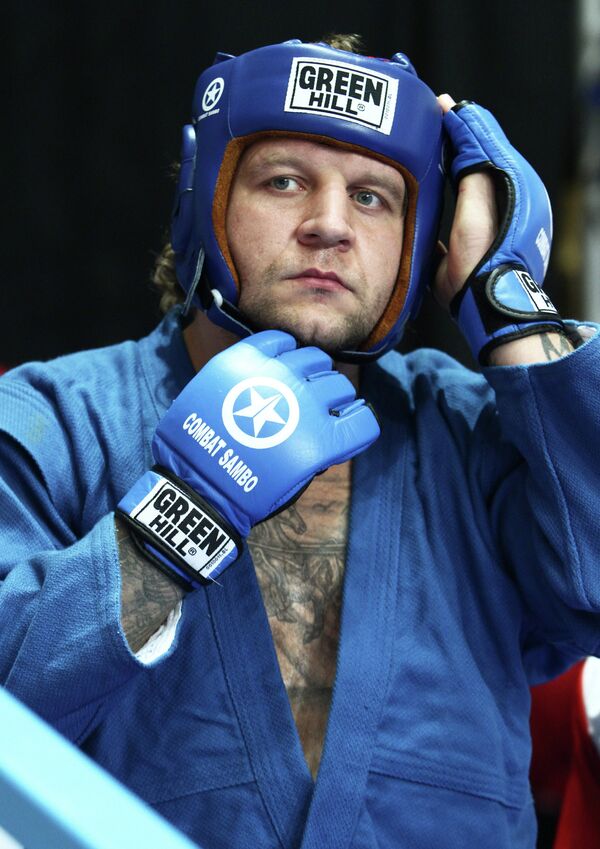 A woman who had earlier accused mixed martial arts fighter Alexander Emelianenko of rape is withdrawing her accusation against him, the fighter’s press secretary said.

MOSCOW, August 3 (RIA Novosti) – A woman who had earlier accused mixed martial arts fighter Alexander Emelianenko of rape is withdrawing her accusation against him, the fighter’s press secretary said.

Emelianenko, 31, is a renowned MMA fighter with a 23-6 career win-loss record and is the younger brother of former MMA champion Fedor Emelianenko.

Investigators said Friday that they had questioned Alexander Emelianenko and the 23-year-old accuser, and planned to carry out a medical check of the woman.

“The woman wrote a statement [against Emelianenko] because she wanted to earn some money,” said his press secretary, Irina Staroverova. “Police have to investigate cases like this, so they started a probe.”

“As a result, the woman is taking her statement back. It’s a procedure that requires some time,” Staroverova said, adding that the incident has taken her boss by surprise.

She also said Emelianenko was heading to the airport to catch a flight to the Russian city of Tyumen, where he is expected to sign a contract for a fight against American MMA fighter Jeff Monson.

Emelianenko announced his retirement in December, but was back in the ring just five months later.

He had a knockout win last month over Jose Rodrigo Guelke, and is scheduled to face Darrill Schoonover later this month.