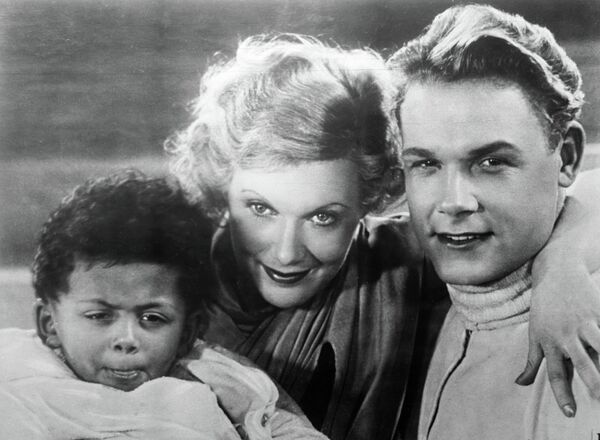 © RIA Novosti
/
Go to the photo bank
Subscribe
An exhibition set to open this month at the University of Virginia will examine the family history of Lloyd Patterson, an African-American who emigrated to the Soviet Union in the 1930s and whose son became a child film star and a well-known Soviet poet.

WASHINGTON, August 2 (By Carl Schreck for RIA Novosti) – An exhibition set to open this month at the University of Virginia will examine the family history of Lloyd Patterson, an African-American who emigrated to the Soviet Union in the 1930s and whose son became a child film star and a well-known Soviet poet.

Titled “In the Shadow of Stalin: the Patterson Family in Painting and Film,” the exhibition “will examine the Patterson family’s history in order to engage larger issues,” according to the university’s Fralin Museum of Art in Charlottesville, Virginia, which is hosting the exhibit from Aug. 23 to Dec. 22.

These issues include Stalin-era artistic production and the African-American artists and intellectuals Patterson traveled with to the Soviet Union, the museum said.

The group, which included literary luminary Langston Hughes, was brought to the Soviet Union in 1932 to shoot a propaganda film called “Black and White” that was intended to highlight the evils of racism in the United States. The film project fell through, but Patterson remained in Moscow and married Soviet artist and designer Vera Aralova, with whom he had three sons.

“Some of the people who went over were social activists, some were member of the Communist Party, some were intellectuals like Langston Hughes, some were actors,” curator Jennifer Farrell told RIA Novosti on Friday. 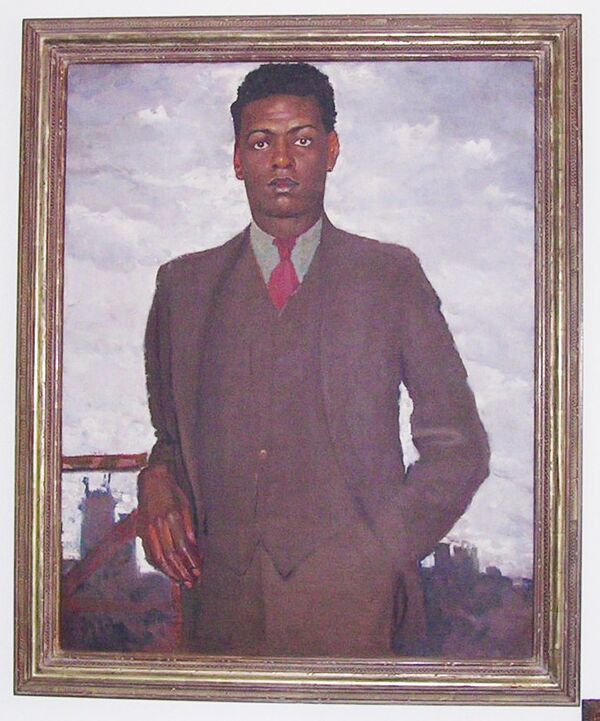 A portrait of Lloyd Patterson, author unknown, purchased in Moscow by Washington resident Andrew Leddy in the mid-1990s that will be on display at the exhibition.
© Courtesy of Andrew Leddy

“Some of the people, like Patterson, just appeared to be interested in an adventure but also found an opportunity to work” that they might not have had in the United States during the time of racist Jim Crow laws, Farrell added.

The exhibition, which is free to the public, will include a painting of Patterson by an unknown artist that was purchased in Moscow in the mid-1990s by Washington resident Andrew Leddy. It was after speaking to Leddy about the painting and delving into the history of the Patterson family and the group of African-Americans he traveled with to Moscow that the museum’s staff conceived of the exhibition, she said.

The painting will “be the piece around which the others revolve” in the exhibition, as well as “an entry into the discussion of this moment in history,” Farrell said.

The museum is organizing an Oct. 26 symposium in which academics and historians will examine aspects of the exhibition, including African-Americans in the Soviet Union during the 1930s, Farrell said.

The exhibition will also feature posters from the era and footage from the famous Stalin-era film “The Circus,” in which the émigré’s oldest son, Jim Patterson, took a starring turn as a symbol of the Soviet Union’s professed racial equality, Farrell said.

Jim Patterson went on to become a Soviet naval officer and a successful poet in the Soviet Union, though he was best known for his role as a toddler in “The Circus.” He emigrated to the United States together with his mother the mid-1990s and settled in Washington, reemerging only recently to give interviews to RIA Novosti and a Russian television show after a decade of seclusion and health problems following his mother’s death in 2001.

Jim Patterson, 80, told RIA Novosti on Friday that he had not heard of the planned exhibition featuring his family.

“Maybe I should make an appearance,” Patterson said, though he added that because his poor health, the two-hour car trip from Washington to Charlottesville could be difficult.