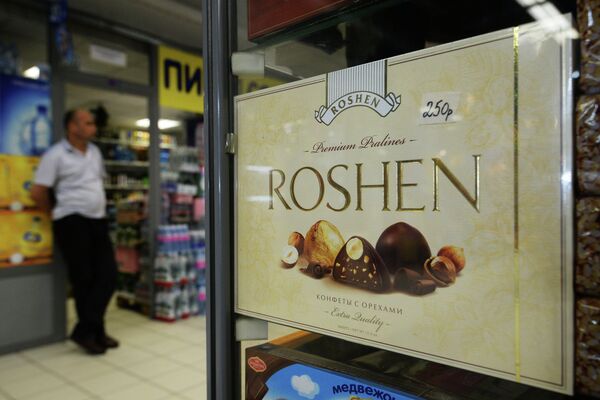 Russia has banned imports from major Ukrainian candy maker Roshen after the carcinogen benzopyrene, which can naturally occur in roasted coffee and cocoa beans, was found in analyzed product samples.

Ukraine’s association of major confectionery companies, Ukrkondprom, has called on the Ukrainian government to protect Roshen from Russia’s trade sanctions, adding that the firm was ready for an immediate inspection by Russian experts of its Ukrainian factories.

“The association is convinced that any administrative bans on behalf of the Russian side would lead to creating artificial restrictions in bilateral trade. Ukrkondprom urges the Ukrainian government to determine in cooperation with the Russian side an interstate mediation procedure for solving the problem without imposing trade bans,” the organization said in a statement.

Rospotrebnadzor first voiced its concerns about the quality of Ukrainian candies several weeks ago, saying tests revealed the presence of benzopyrene in Ukrainian milk chocolate and other violations.

The move comes on the backdrop of recent differences between Ukraine and Russia over Kiev’s additional import tax on cars that Russia believes would be harmful for its carmakers.

In addition, Russia has been trying to persuade Ukraine to join its customs union with Belarus and Kazakhstan in recent months. Ukraine, however, has been reluctant to join the group because it expects to sign a free-trade agreement with the European Union. The two deals are mutually exclusive.

During his visit to Ukraine last week, Russian President Vladimir Putin reiterated his proposal to Ukraine to join the customs union. He said it would be more advantageous for the country than the agreement with the EU, which Ukraine hopes to sign in November.