Case Launched After Russian MPs Claim They Were Insulted 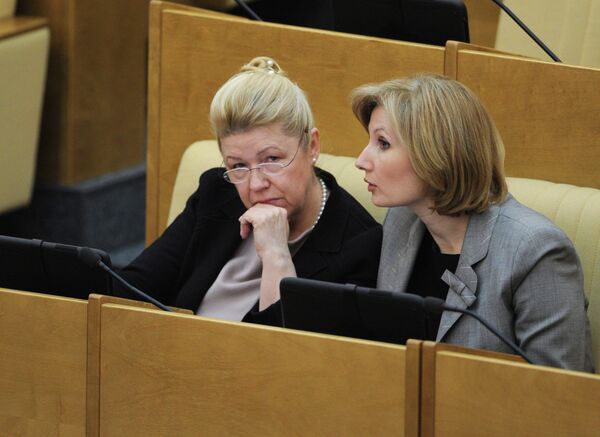 “Besides, false data connected to Mizulina’s professional activity were deliberately distributed,” it said.

The committee added that investigators are currently trying to establish the perpetrators.

Earlier Russian media reported that Mizulina and Batalina asked prosecutors to launch a criminal case over offensive remarks about them posted on the Internet.