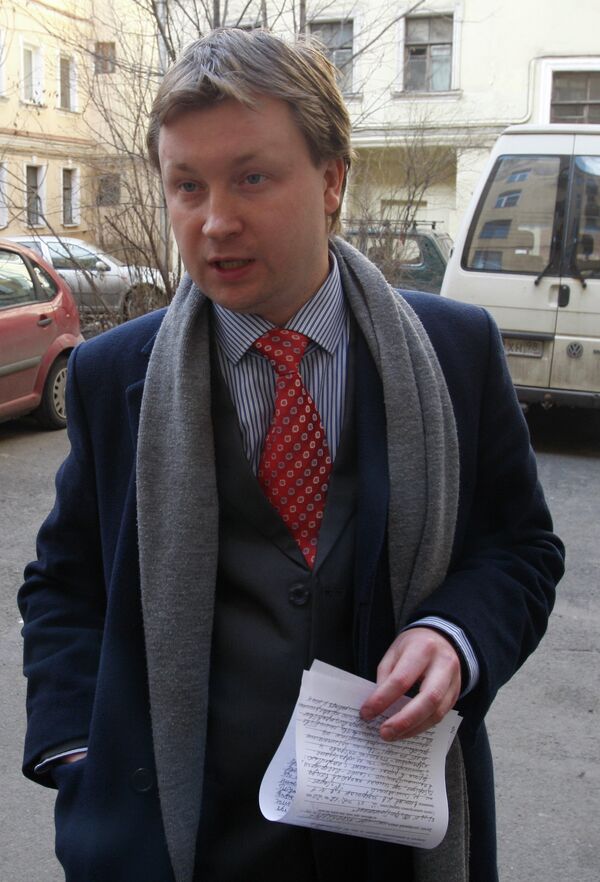 The head of the children’s issues committee in Russia’s lower house of parliament, Yelena Mizulina, and her first deputy Olga Batalina, who is also a senior member of the ruling United Russia party, informed the Russian Prosecutor General’s Office that gay rights campaigner Nikolai Alexeyev posted rude and offensive remarks about them in his Twitter messages while commenting on the recent adoption of the gay propaganda ban.

An online petition to the White House, initiated on Friday, describes Mizulina as a person who is “responsible for the federal law banning gay ‘propaganda’ to minors and for the law banning foreign adoptions of Russian orphans by gays and lesbians” and requests the US authorities to put her on the visa blacklist.

Mizulina told Izvestia that they asked prosecutors to launch a criminal case on charges of “insulting a representative of authority.” The charges entail a fine of up to 40,000 rubles (over $1,000) or a community service.

“If a criminal case is launched, we will ask to penalize [Alexeyev] with community service in places where he will be unable to carry out his gay propaganda, for example, in a coroner’s van,” Izvestia quoted Mizulina as saying.

Her deputy Batalina said she did not feel offended, but was seeking to protect all lawmakers from further insults.

“Every person is free to agree or disagree with this or that law. But expressing an opinion should not prevent other people from doing their professional duties. That’s why we decided to file this request, in order to protect interests of all lawmakers,” Batalina told Izvestia.

Alexeyev told Izvestia that he sees nothing criminal in his actions.

“They offend millions of people with their initiatives and laws, such as the gay propaganda law. I’m just expressing my public stance,” he said.

On June 30, Russian President Vladimir Putin signed into law a bill banning the promotion of homosexuality toward minors.